South Korea detains American trying to swim to the North 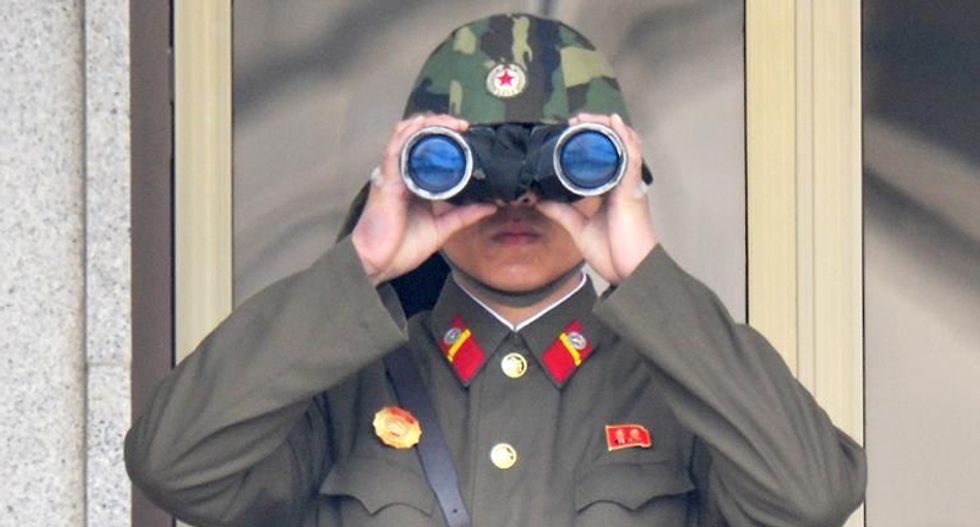 South Korean soldiers detained a US citizen trying to swim across the river border into North Korea -- reportedly to meet leader Kim Jong-Un -- the South's defence ministry said on Wednesday.

"A male American citizen was arrested last night while attempting to swim across the river to North Korea," a ministry spokesman told AFP, adding that he had been handed over to the relevant authorities.

According to the Yonhap news agency, the man -- believed to be in his late 20s or early 30s -- told investigators from the state intelligence service that he had wanted to meet North Korean leader Kim Jong-Un.

Nobody at the US embassy was immediately available for comment.

A government source, cited by Yonhap, said a border patrol had come across the man shortly before midnight as he lay exhausted on the southern bank of the Han River where it forms part of the western section of the North-South frontier.

Attempted crossings of the heavily militarised border are rare and extremely dangerous.

In September, a South Korean man who tried to swim to the North across the Imjin River section of the border was shot dead by South Korean troops manning a nearby guard post.

The latest incident carries echoes of the case of another American, Evan Hunziker, who swam across the Yalu River from China to North Korea in 1996.

Naked and apparently drunk, Hunziker purportedly undertook the swim as the result of a dare with a friend he had been drinking with.

He was arrested in the North on espionage charges and detained for three months before his release was secured during a visit to Pyongyang by the then New Mexico congressman, Bill Richardson.

On Sunday, Miller was sentenced to six years' hard labour for "hostile" acts against the regime, four months after he was arrested for allegedly ripping up his tourist visa at immigration.

Bae, a Korean-American described by Pyongyang as a militant evangelist, was sentenced last year to 15 years of hard labour for seeking to topple the North's regime.

Fowle, who entered the North in April as a tourist, is expected to be tried soon, following his arrest for reportedly leaving a Bible at a hotel.