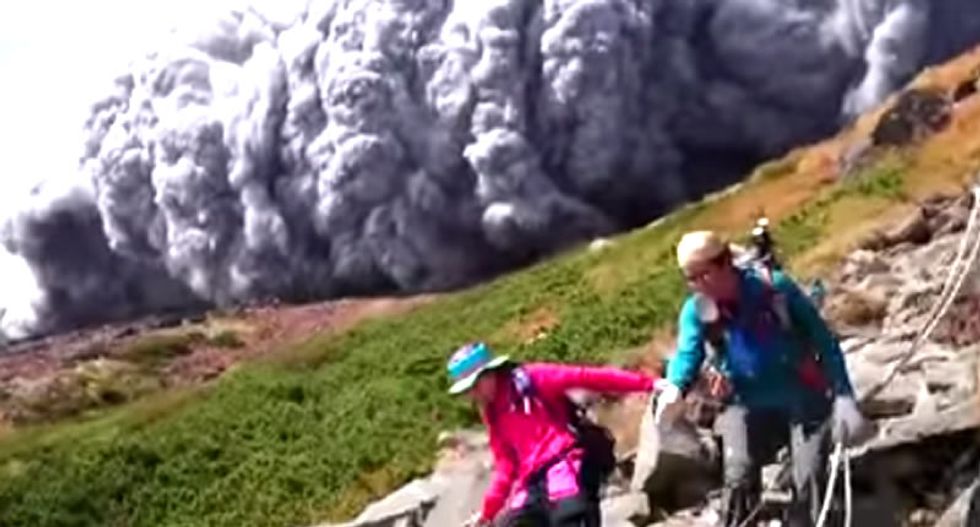 A group of hikers on Japan's erupting Mount Ontake volcano managed to capture footage of the pyroclastic flow as it approached them, according to Bad Astronomy blogger Phil Plait.

The hikers spotted the wall of ash and attempted to run from it:

However, it the cloud of volcanic ash quickly filled the sky:

As they ran, it continued to gain on them, thundering down the side of the volcano:

Until it they were finally engulfed by it:

Preliminary reports on the 30 people killed by the eruption indicate that the majority of them died from ash inhalation.

Many of the hikers who were killed by -- or who are still trapped on -- the volcano were on religious pilgrimages, as the volcano, Japan's second tallest, is considered sacred.

Here is a video of the same eruption, only from the air, also via YouTube.