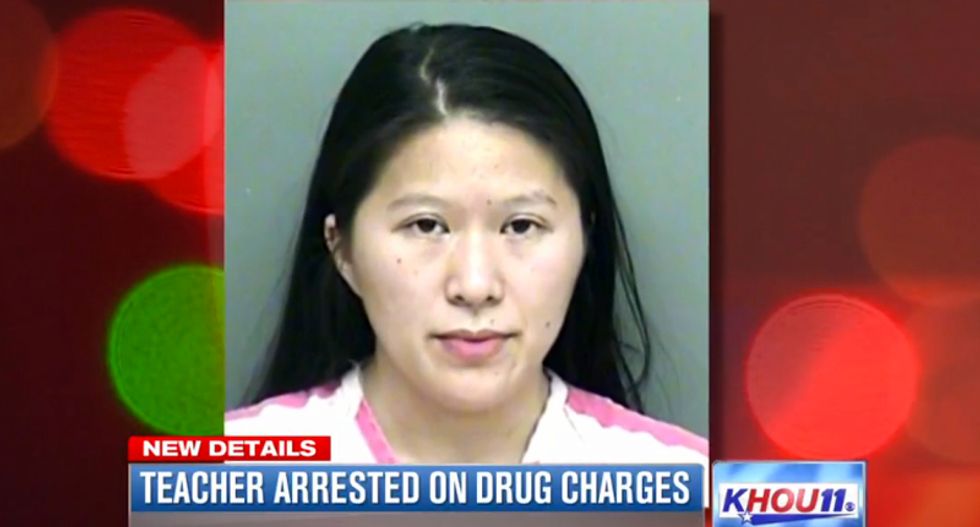 A Texas high school chemistry teacher was taken into custody Friday afternoon before she taught her last class of the day, following a drug raid at her apartment, reports KHOU.

Haivan Bui, who teaches chemistry at both Oak Ridge High and Lone Star College in Conroe, Texas, reportedly had notes on how to manufacture so-called 'date-rape drugs,' in her backpack at the time of her arrest.

Police took the teacher into custody following a raid on her Woodlands apartment where police discovered more recipes, as well as methamphetamine, marijuana, numerous prescription medications, and Gamma-Hydroxybutyrate, a compound used in the manufacture of date rape drugs.

According to police, Bui's husband, Chris Hartwell, was home at the time of the raid and was also arrested.

Students at Oak Ridge were surprised by Bui's arrest, with sophomore Armando Sanchez saying, "She was really nice. I think she was a good teacher."

Bui failed to show up to teach her last class prompting another teacher to go into the classroom and tell her students she had been taken into custody.

"It was kind of crazy. Everyone was like, maybe it's drugs, and it was," Sanchez said.

Bui has been charged with possession with intent to deliver and/or manufacture a controlled substance.