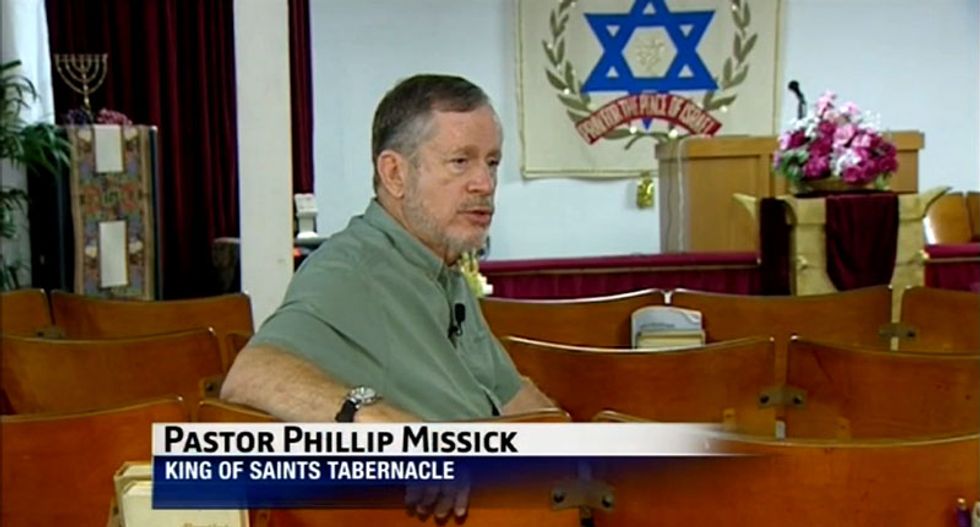 A Texas pastor is leading a campaign to have books about vampires pulled from Cleveland's public library.

Phillip Missick and other religious leaders have called on the Austin Memorial Library to remove books about vampires, demons and other magical beings from the teen section.

"This is dark. There's a sexual element. You have creatures that aren't human. I think it's dangerous for our kids," Missick, a pastor at King of Saints Tabernacle of Cleveland, told KTRK.

Missick is circulating a petition that requests that the “occultic and demonic room be shut down, and these books be purged from the shelves, and that public funds would no longer be used to purchase such material, or at least require parents to check them out for their children,” according to the Cleveland Advocate.

He claims there are 75 books in the library that deal with the occult, including the Twilight series.

Rev. James Holt of Cornerstone Church signed the petition, but told the Cleveland Advocate he doesn't want to see the books completely purged from the library. He said parents were responsible for censoring what their children read.

“The word ‘censorship’ is not an ugly word. If you don’t censor what your children see, hear and read, then guess what, your child is going to be spending a lot of time with Pastor Holt later on in life dealing with twisted-up and torn-up lives,” Holt said. “If you allow your children to digest all of the negativity in the world, then don’t stand there with your hands on your hips wondering where things went wrong. The word ‘no’ is not a bad thing. The word ‘no’ can come from a place of love. It’s our job to protect them, even when it comes to literature and art.”

In a letter to Missick, head librarian Mary Merrell Cohn explained that the City Council had adopted an ordinance called the Library Bill of Rights. The measure prohibits the library from removing books or other content "because of partisan or doctrinal disapproval."

"I understand they have the right to these books, but I also have a right to complain about them," Missick told KTRK.

Rob Boston of Americans United for Separation of Church and State said in a blog post that Missick was engaging in a tactic the religious right movement has tried for decades. He noted religious leaders had tried to censor books like The Wonderful Wizard of Oz and, more recently, the Harry Potter series.

"Every time, it’s the same tired argument: Young people need to be 'protected' from themes such as 'the occult,' human sexuality, modern science and so on. I think it’s pretty obvious what the Religious Right is up to here: They want to 'protect' children from critical thinking, self-reflection and the type of curiosity about our world that an immersion into literature can give us," Boston wrote.

Watch video, courtesy of KTRK, below.