The sound of 310,000 people holding a moment of silence for climate change victims 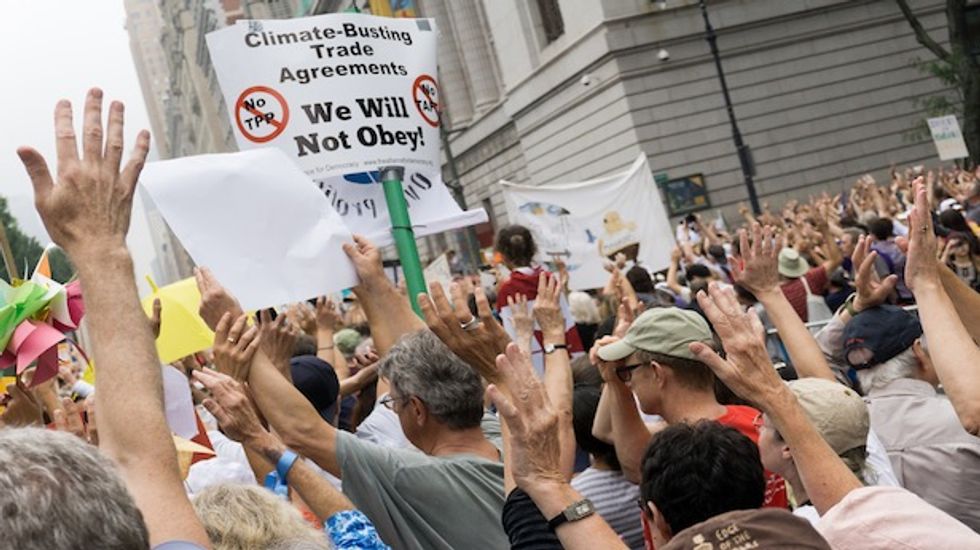 Though you would have no idea by watching the Sunday "News" shows, an estimated 310,000 people gathered on Sunday in New York City for the People's Climate March. The event, which was one of the over 150 protests held around the world, was the largest mobilization against climate change ever held. I attended the event, which was inspiring in its energy and diversity. But by far the most moving moment was when, at 12:58, people held a moment of silence which was followed by a wave of sound. I captured it, rather crappily, on my camera phone. Photographer, Brooklyn For Peace organizer, and fellow Camp Kinderland alum Matthew Weinstein described the auditory experience as,

a very powerful moment of silence for those who have fallen victim to climate change in poor communities around the world. An amazing hush came over the hundreds of thousands assembled. Then a minute or so later -- a huge roar of the crowd travelled like a wave up the very many streets of assembled marchers - a noise to help wake and shake up the political leaders meeting at the UN next week.

I got chills when the noise started and I couldn't tell what it was at first because I had never heard anything like it. But this is what democracy, and 310,000 people making noise, sounds like.