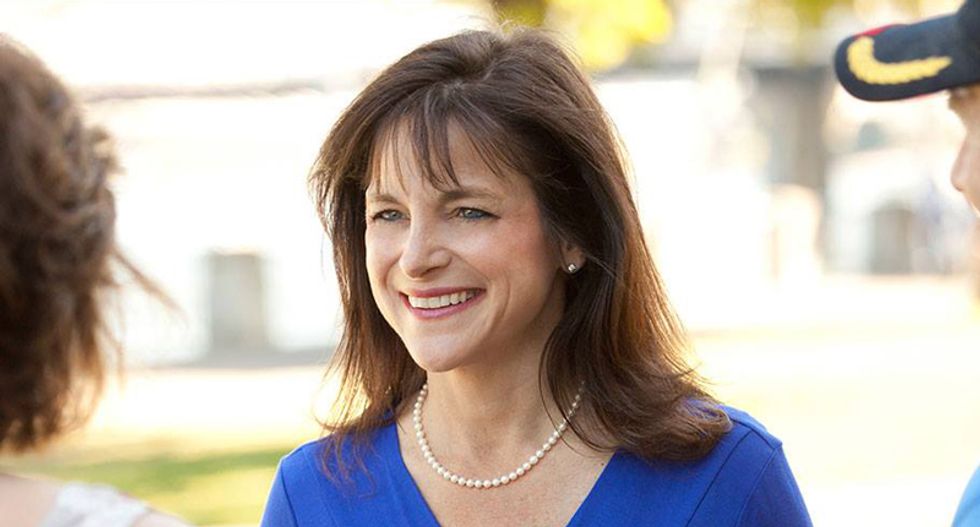 Trailing badly in the polls, the Oregon GOP nominee seeking to unseat Democratic Senator Jeff Merkley failed to show up for a candidate forum scheduled Saturday at her request.

According to Willamette Week, embattled candidate Monica Wehby requested the interview with other nominees be scheduled for Saturday which the paper and other candidates agreed to. However when the time came for the taped interviews to begin, Wehby was a no-show.

Editor Mark Zusman, who has overseen the paper's endorsements for 30 years, says he can't remember a statewide candidate ever failing to appear.

Speaking with Oregon Live, Wehby campaign spokesman Dean Petrone stated that the candidate never agreed to attend, stating that Wehby had "had a full schedule" of campaign events Saturday. Petrone refused to say what the candidate did on Saturday, and denied she was trying to avoid her opponent.

"It's a ridiculous assertion," Petrone said. "Monica is looking for any chance she could get to discuss the issues with Sen. Merkley."

On Friday, Wehby let the deadline pass and failed to confirm her participation in a debate hosted by KGW TV that her opponent agreed to in mid-August.

Wehby campaign has been buffeted by accusations that the health care and economic plans on her campaign website were plagiarized from other sources.

According to the Real Clear Politics poll average, Wehby trails Merkely by 13 points.