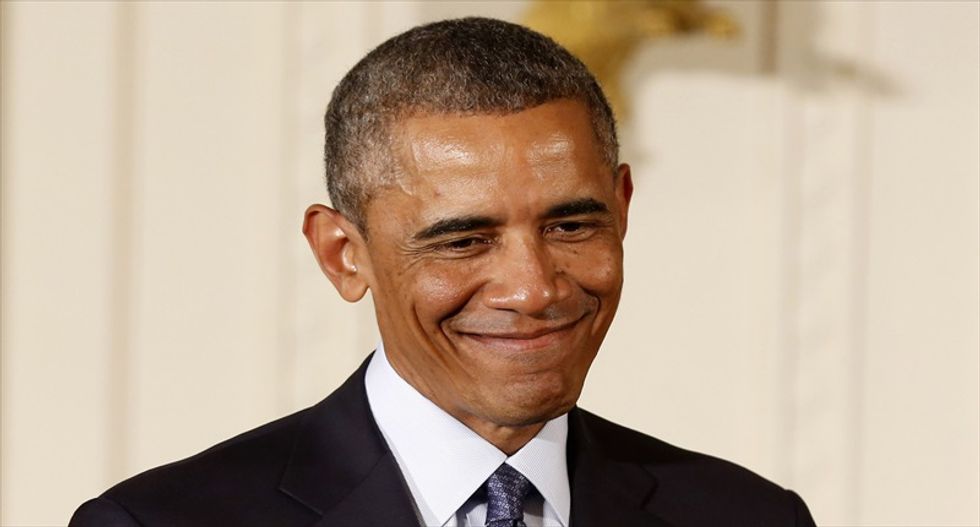 President Barack Obama smiles after he awards two Medals of Honor for actions during the Vietnam War while in the East Room of the White House in Washington, Sept. 15, 2014. By Larry Downing for Reuters.

Four universities, including two in Chicago, one in New York and one in Hawaii, have been picked as finalists to host a future Barack Obama presidential library, the library's foundation said on Monday.

"These four potential partners have come the farthest in meeting our criteria and have each demonstrated a strong vision for the future Obama Presidential Library," said board chairman Martin Nesbitt.

All the contenders have ties to Obama's life - he was born in Hawaii and attended college at Columbia. He later became a resident of Chicago, working as a community organizer, a lawyer, a University of Chicago law professor, a state legislator and a U.S. senator before becoming president.

The four finalists must submit a formal proposal that details the management and organization of the project, site development plans, potential for academic collaboration, marketing and other information by Dec. 11.

In early 2015, the board will share its recommendations with Obama and first lady Michelle Obama, who will make the final decision, the statement said.

Obama, a Democrat, is due to leave office after serving two terms in January 2017. Obama supporters launched the foundation last January to plan the library's construction.