United Airlines offers flight attendants up to $100,000 in voluntary buyout 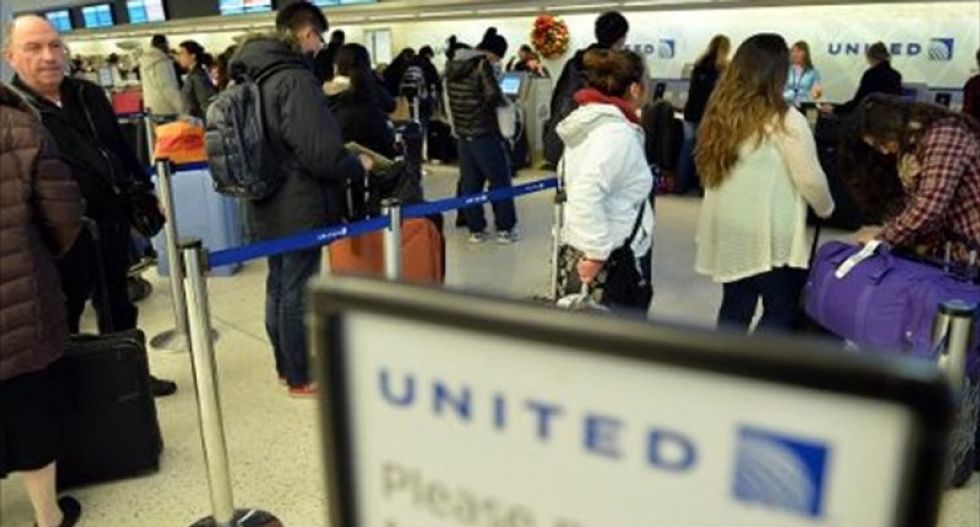 United Airlines and union officials said Monday that eligible flight attendants will be paid up to $100,000 to leave the company through a voluntary buyout, in a deal that aims to end furloughs at the over-staffed airline.

The agreement comes six years after United, which employs more than 23,000 stewards, retired a number of its planes, leaving the company 2,000-plus flight attendants above capacity.

While some 1,450 were still on unpaid leave for the company this month, United said Monday that it now is recalling all of its attendants so they may apply for the separation payment or return to work.

The Association of Flight Attendants, which represents United's stewards, lauded the high-paying severance as "virtually unprecedented in the airline industry."

United's cooperation with AFA bodes well for contract negotiations that have been going on since the carrier merged with Continental Airlines in 2010. The relative seniority of each carrier's flight attendants has yet to be determined, and despite a single operating certificate, United and Continental stewards have not yet integrated.

"Recalling furloughed flight attendants and aligning our staffing to match our flying schedule will further facilitate the company and AFA reaching a joint collective bargaining agreement," said Mike Bonds, United's executive vice president for human resources and labor relations, in a statement. "It's another positive step in what has become a productive relationship with AFA."

The deal also has the potential to cut United's costs if the carrier replaces senior flight attendants who accept the severance with junior ones hired at a lower pay grade, according to industry consultant George Hamlin.

"Why did it take so long to get to this?" he said, adding that United and Continental "still have to come up with a way to deploy all (of their) flight attendants as one entity."

The airline has made separate collective bargaining agreements with its pilots, fleet service and passenger service groups.

United's stock fell almost 1.7 percent Monday to close at $49.56 per share. The announcement came out after the close of New York trading.