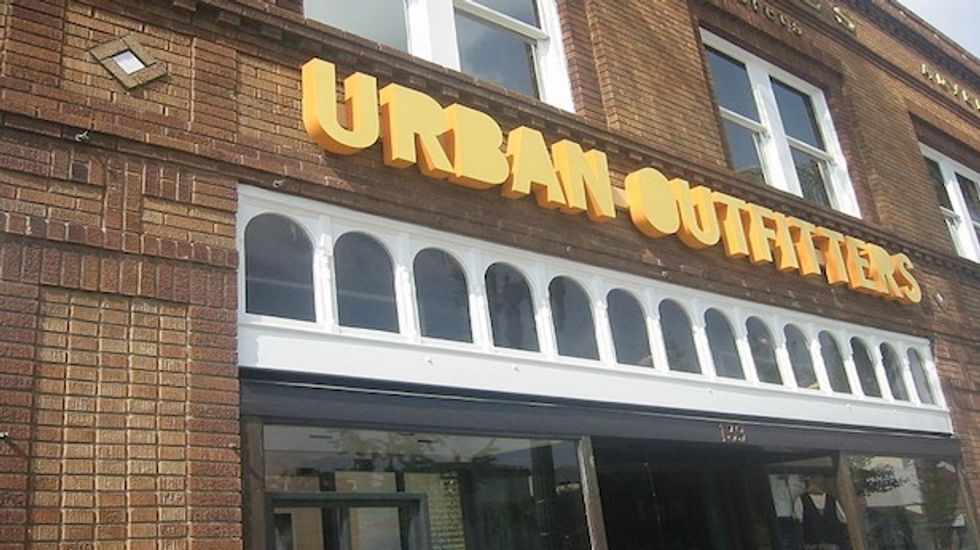 This week Urban Outfitters sold a great sweatshirt. It said Kent State and had, what appeared to be a blood stain. Everybody except, allegedly, Urban Outfitters saw the sweatshirt as a reference to the blood-stained history of Kent University where, in 1970, the National Guard killed four students and injured 10. Urban Outfitters released an apology, via Twitter, which is really huge. And then they came out with another apology which was surprisingly honest in its acknowledgement of how little their word counted:

this truth does not excuse us from our failure to identify potential controversial products head on. We, as a company who caters to a college-age demographic, have a responsibility to uphold to our customers. Given our history of controversial issues, we understand how our sincerity may be questioned.

Because it turns out, Urban Outfitters has an amazing resume of offensive products under its belt. And to be fair, they take diversity really seriously. They are an equal opportunity offender, whose products have mocked eating disorders, Jews, African Americans, Native Americans. I know I'm leaving someone out, so I apologize. On this week's Morning Jew, Heather Gold and I talk about these Urban Outfitters blunders, which include a game of "Ghettopoly," which sounds sooooo fun, full-figured fashion, and  Jewish behinds. Enjoy!

Sen. Mike Lee (R-UT) is the more Donald Trump-like of the two senators in the state, the other being Sen. Mitt Romney (R-UT). But it's Lee who is up for reelection this year against former Republican Evan McMullin, who previously ran for president in Utah to try and deny Trump the electoral votes in 2016.

Behind the scenes, however, Lee has been using an unofficial Twitter account that has gone unnoticed by the public, but appears to have been promoted by some far-right activists. The Star Tribune outed the senator with details on some of his more catty tweets.