US Army invites women to try out for elite Ranger school 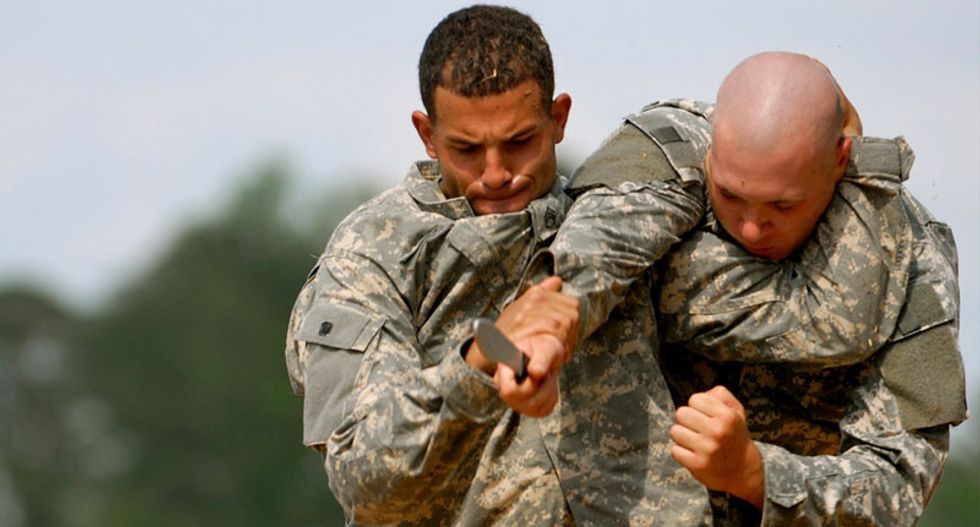 The US Army is inviting female soldiers to apply to the grueling Ranger school, officials said Monday, part of the military's effort to open the door to women serving in ground combat.

The prestigious Ranger school has been closed to women until now.

But the army wants to study the possibility of introducing female troops, officials said, reflecting new rules in the US military designed to permit women to work in more jobs closer to front lines.

To perform a one-time assessment, the army has the put out a call for female volunteers who -- if the plan goes ahead -- would enter the two-month course in the spring of 2015.

"The Ranger assessment course would train men and women together in order to help prepare institutions, schools and leaders for future integration decisions," the army said in a statement.

Opponents of lifting restrictions on women in combat argue that female soldiers lack the physical strength to perform the tasks required in an infantry unit at the front.

But officers said the standards for the course at Fort Benning in Georgia would not be altered for the female candidates.

"Current Ranger course standards will remain the same for all students; there will be no change to current performance requirements or graduation standards," the army said.

In the rugged woods of Georgia and the swamps of Florida, soldiers at the Ranger school are put through a demanding regimen, performing long-distance patrols, simulated raids and parachute jumps while under intense physical and psychological stress.

The troops typically train for 20 hours a day and operate on fewer than four hours of sleep. And about half of those taking the course fail.

The Ranger school is designed to test leadership skills for a small unit under severe conditions, and the training brigade handbook carries the motto: "Not for the weak or fainthearted."

The army said it was asking for female volunteers to take part in the Ranger school course as well as a second group of female observers and advisers.

It was still unclear how many women would be selected for the pilot project.

"It's in the early stages and that (number of female students) has not been fully determined yet," spokesman Lieutenant Colonel Benjamin Garrett told AFP.

The vast majority of army infantry officers pass through the Ranger school and army leaders say allowing women to attend the course would enable more female troops to be on a competitive footing with their male counterparts.

Graduating from the Ranger school does not necessarily mean a soldier serves in the elite Ranger battalion special operations units.

Women in the US military already serve as combat pilots, officers on naval warships and as medics and intelligence officers. But women are prohibited from serving in the military's most dangerous ground combat jobs, including the special operations forces.