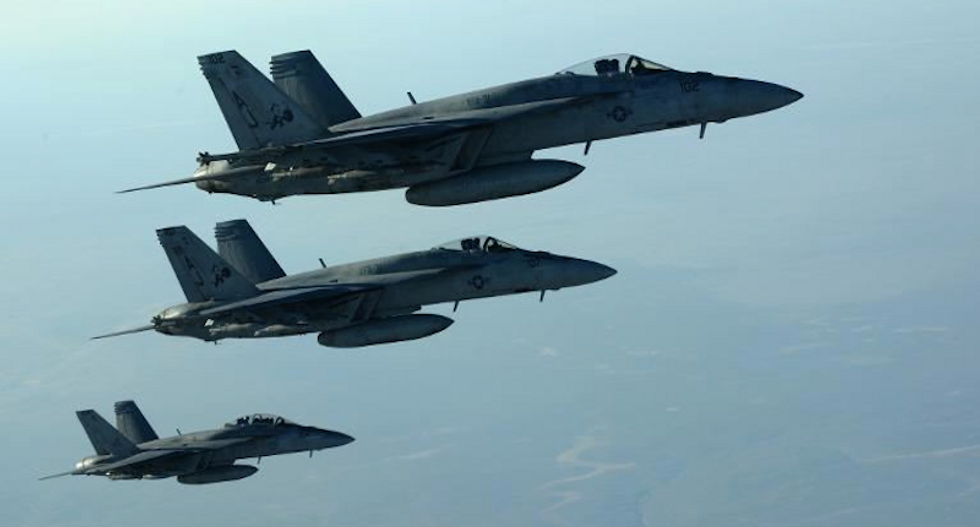 In Aleppo province, the strikes hit targets around the IS-held town of Minbej, including a complex of grain silos and a mill that the Syrian Observatory for Human Rights said was being operated by civilians.

The group's director Rami Abdel Rahman said there were initial reports of civilian casualties in the raid, but no confirmed toll.

The strikes also hit a local IS headquarters between Minbej and the town of Jarabulus further north.

In Raqa province, strikes hit the outskirts of Raqa city, the de facto headquarters of IS in Syria, hitting at least one checkpoint belonging to the group.

The coalition also carried out strikes around the town of Tal Abyad, on the border with Turkey, hitting a school being used as a local headquarters by IS militants, the Observatory said.

The latest strikes came after the coalition struck the entrance of the country's main gas plant in the eastern city of Deir Ezzor in an apparent warning to IS militants to abandon the facility.

The plant is the largest in Syria and feeds a key power station in regime-held Homs province.

If it stopped functioning, several provinces, including Deir Ezzor, would be without electricity, the Observatory said.

U.S. warplanes began strikes against jihadist targets in Syria last Tuesday with the support of Arab allies, expanding an air campaign that Washington began in Iraq on August 8.