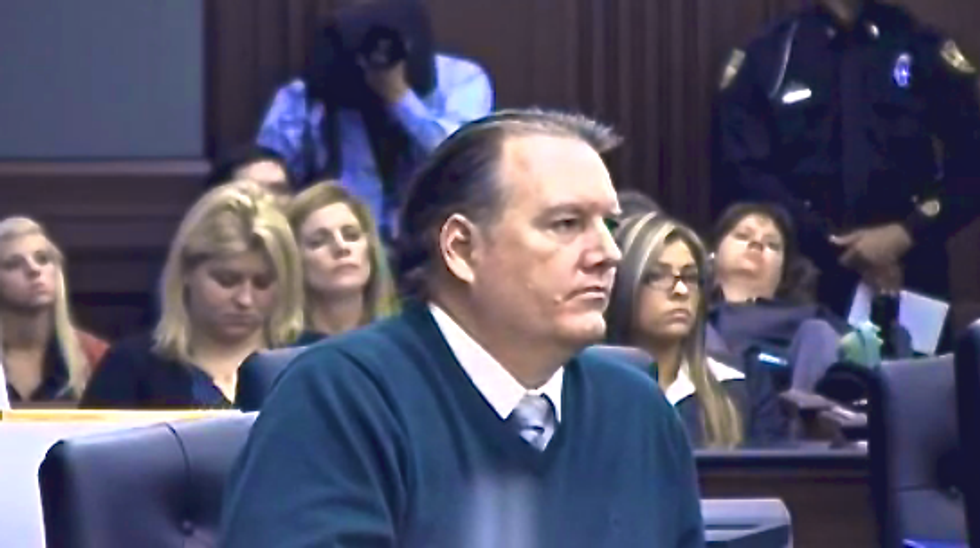 The trajectory of the bullets that killed an unarmed teen in a gas station dispute over loud rap music indicates that the victim could not have been in an aggressive pose, a forensic expert testified on Monday in a racially charged north Florida murder trial.

Michael Dunn, 47, a white software engineer, is being retried for first-degree murder in the death of 17-year-old Jordan Davis, who was black.

Dunn fired 10 rounds at an SUV carrying Davis and his three friends at a Jacksonville gas station in November 2012. Prosecutors say Dunn over-reacted after Davis insulted him for asking to turn the music down.

Dunn's lawyers say he acted in self-defense because of a "perceived threat" that his life was in danger, alleging that Davis was getting out of the car in attack mode when the shots were fired.

Former Duval County forensic pathologist Stacey Simon, who performed Davis' autopsy, testified that the bullets hit him as he was leaning away from the gunfire.

Simon said the first bullet was fatal, entering Davis' body on the right side, and went through his body on a sharp diagonal passing through his liver, lungs and heart and lodging near his left armpit.

Simon also said that two other bullets that entered Davis on the back of his body near his groin were consistent with someone moving to the left to escape gunfire and scrunching up his body in a defensive position to make it smaller.

Defense attorney Waffa Hanania said the angle of bullet holes on the car door indicated it could have been open when the shots were fired. Simon said she had not considered that as she had been told the cars were too close for the door to open.

The case has drawn comparisons to that of another Florida man, George Zimmerman, who was acquitted of murder last year in the fatal shooting of Trayvon Martin, an unarmed black teenager.

In a February trial, a jury deadlocked on the murder charge but convicted Dunn on three counts of attempted murder for firing at the three teens who survived in the vehicle.

Dunn could face 60 years in prison for those convictions. Sentencing has been postponed until after his retrial.