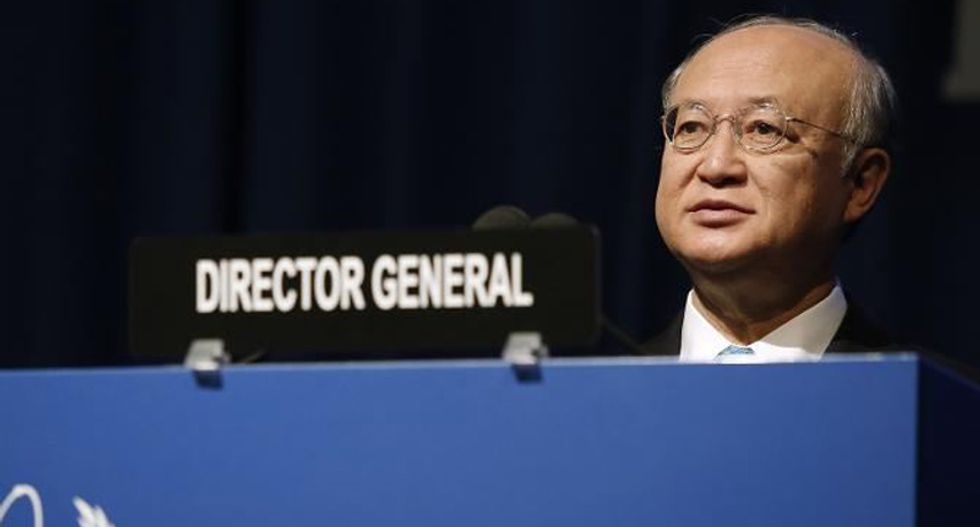 With just eight weeks left to broker a historic deal with Iran, world powers warned they remained at loggerheads with the Islamic republic over curbing its nuclear ambitions.

Despite "an enormous amount of work" and "gazillions of hours" spent by experts pouring over highly technical, complex documents "the gaps are still serious," a senior US administration official told reporters.

The world powers -- Britain, China, France, Russia, the United States plus Germany -- known as the P5+1 have already missed a July deadline to reach a comprehensive agreement with Iran to rein in its suspect nuclear program in exchange for an easing of crippling economic sanctions.

"We have about eight more weeks until our November 24 deadline. For an agreement this complicated, that's not a staggering amount of time," the US official said, adding however that it was still "technically" possible to seal the deal as so much ground work had already been done.

One of the biggest divides is Iran's capacity for enriching uranium, which can be used to make a nuclear bomb, although Iranian leaders have repeatedly denied they are seeking an atomic weapon.

Top US diplomat John Kerry met Friday for the second day with his Iranian counterpart Mohammad Javad Zarif and the EU's chief negotiator Catherine Ashton in a bid to narrow the gaps.

"It remains our fervent hope that Iran and the P5+1 can in the next weeks come to an agreement that would benefit the world," the US secretary of state said at a UN meeting ahead of the trilateral talks.

But Iranian President Hassan Rouhani, who is impatient to see the sanctions lifted, said the pace of the negotiations had to be picked up.

"The remaining time for reaching an agreement is extremely short. Progress that has been witnessed in the last few days has been extremely slow," Rouhani told reporters.

Iran had shown flexibility and now "the ball is in the interlocutor's court," he insisted.

"The progress realized so far has not been significant," he said. "We must strive forward and take more significant steps."

But US officials have said they are awaiting more moves from Tehran as they "seek to close down Iran's pathways to nuclear materials for a nuclear weapon" such as its enrichment facilities at Natanz and Fordo and acquiring plutonium from its the Arak heavy water facility.

"We do not have an understanding on all major issues... We have an enormous amount of details still to work through," the US official added.

One of the thorniest questions is enrichment, and how many of its 19,000 centrifuges -- which can enrich uranium to weapons-grade material -- Iran should be allowed to keep.

Signs that there had been no breakthrough in this round of talks came early Friday when French Foreign Minister Laurent Fabius said: "There is no significant progress."

"We still have time," he told reporters. "We will do our utmost to make sure that remaining small, but extremely important, issues be resolved in a way that is acceptable to all."

A Western diplomat said a lot of technical work had been done during the past week, urging all sides not to get hung up on the centrifuges question.

"Numbers shouldn't be an obsession. We can be creative, but at the end of the day we need serious commitments from Iran on precise facts, technical points," the diplomat said.

But he acknowledged "we are still expecting significant moves from the Iranian side," adding that the level of "mistrust is pretty high."

Under an interim deal reached in November, Iran agreed to freeze parts of its nuclear program and allow daily inspections of some nuclear sites in return for a partial release of billions of dollars from blocked oil revenues.

There was no indication about when and where the talks will next resume, with all parties going back to their capitals to "absorb" the outcome of this round of talks, which began on September 19.