Worldwide chemtrail protest turns out to be mostly vapor 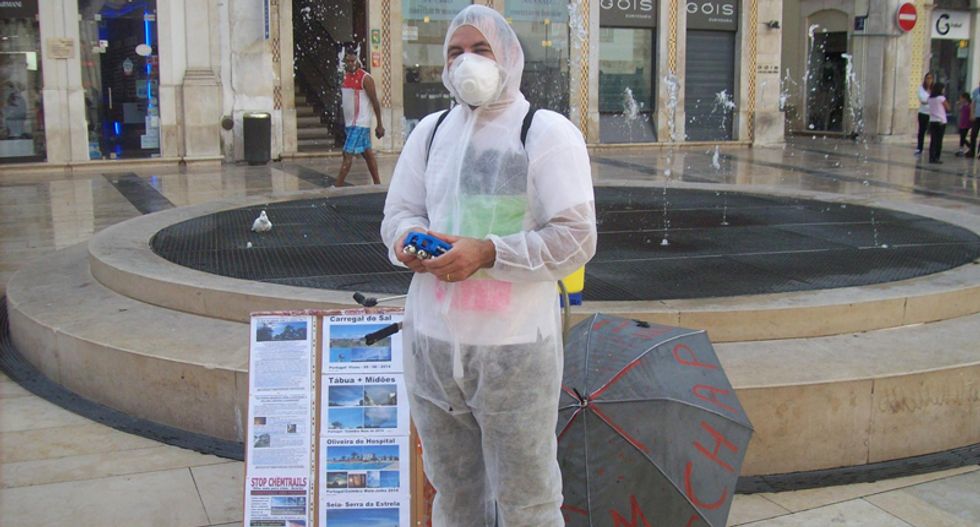 Turn out was light for the weekend's first Global March Against Chemtrails and Geoengineering, with low single digit crowds in some cities showing up to make the case that the U.S. government is using  military aircraft to spray chemicals into the air in order to control the population and manipulate weather patterns.

Chemtrail conspiracy-minded folks believe that the contrails left behind high-flying planes contain chemicals designed for a multitude of reasons, including weather modification, population control, and psychological manipulation of the masses. Explanations that the contrails are actually water condensation left behind when flying in colder temperature at high altitude are dismissed as part of the conspiracy.

In recent months, chemtrail conspiracy believers have taken their case to politicians and air quality boards at the local level believing they can't trust the federal or state governments  to look into the perceived problem. Among their complaints is a belief that chemtrails are causing increased levels of barium, aluminum and strontium in their blood, with one woman testifying, "We’re being sprayed like we’re bugs and it’s really not OK."

Media coverage of the weekend's global march was scarce, however the Castanet of Kelowna, Britich Columbia reported a crowd of thirty turning out for the event.

Standing under blue skies, Kelowna march organizer Candace Kendall said, "Today the sky is clear - if these are normal exhaust trails, where are they today?"

March organizers around the world submitted photos from their local event to the Global March Facebook page, with the photos seeming to  indicate that larger crowds turned out in cities outside of the United States.

A sampling of photos below: 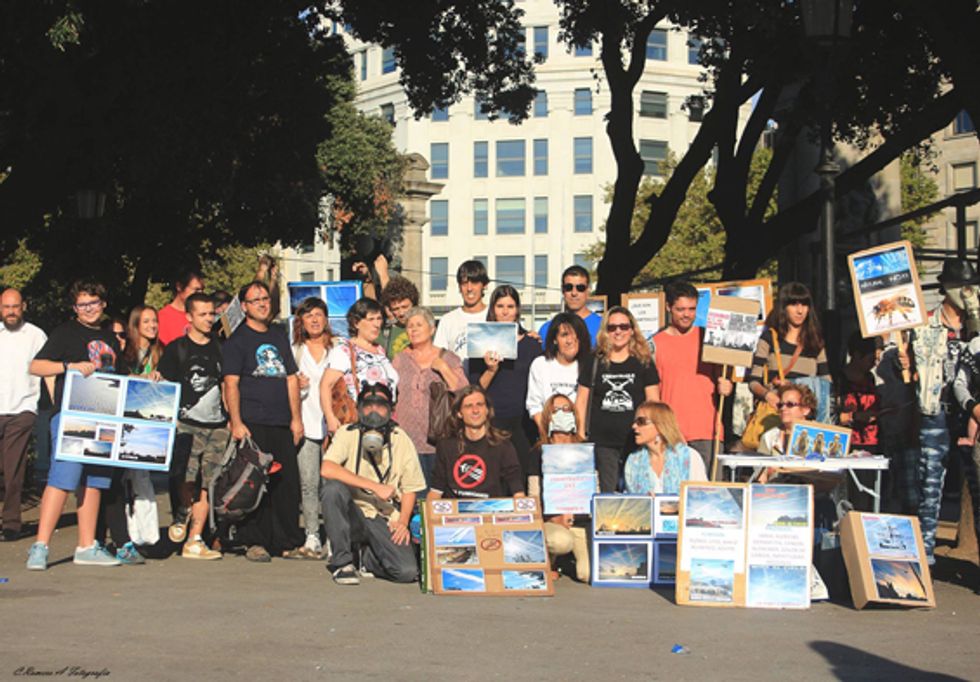 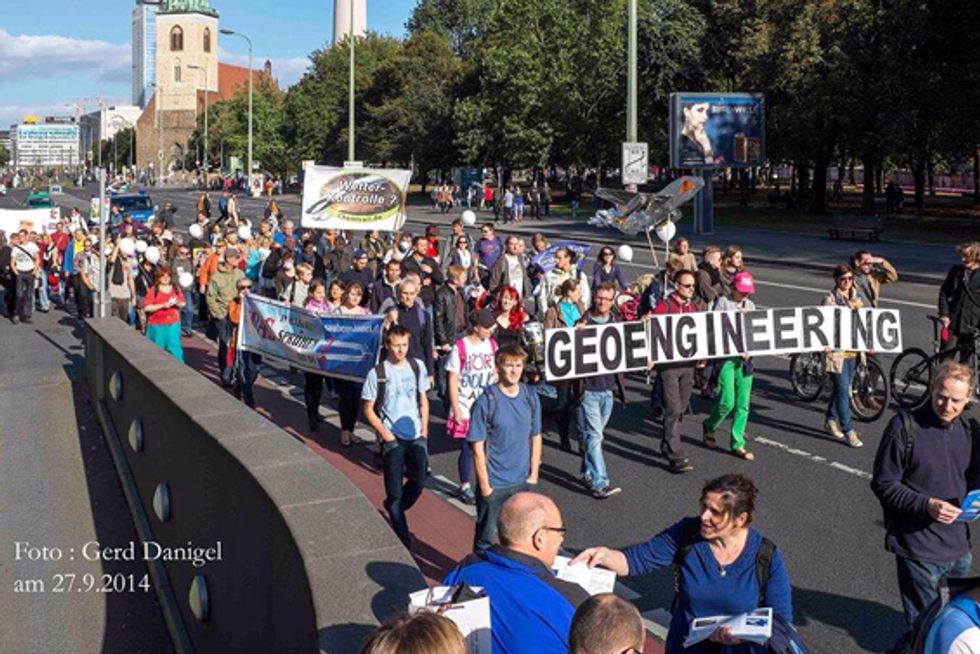 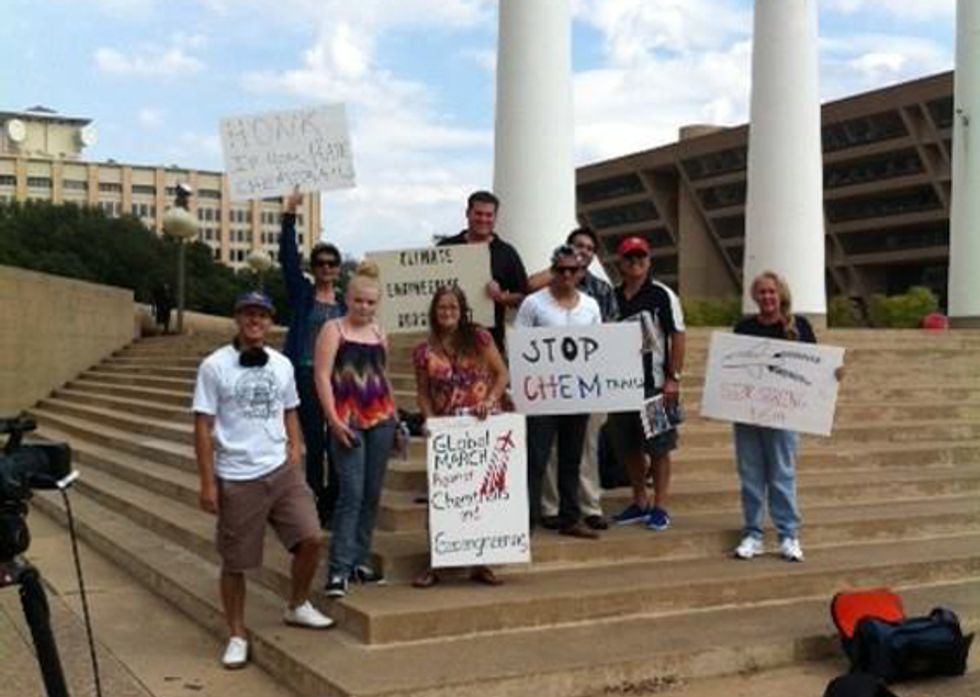 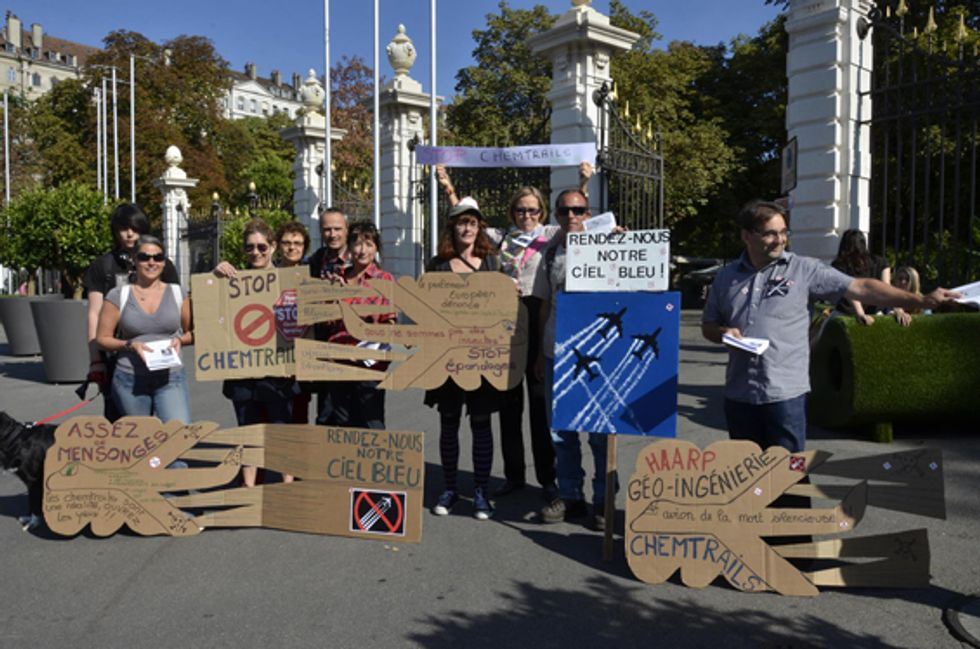 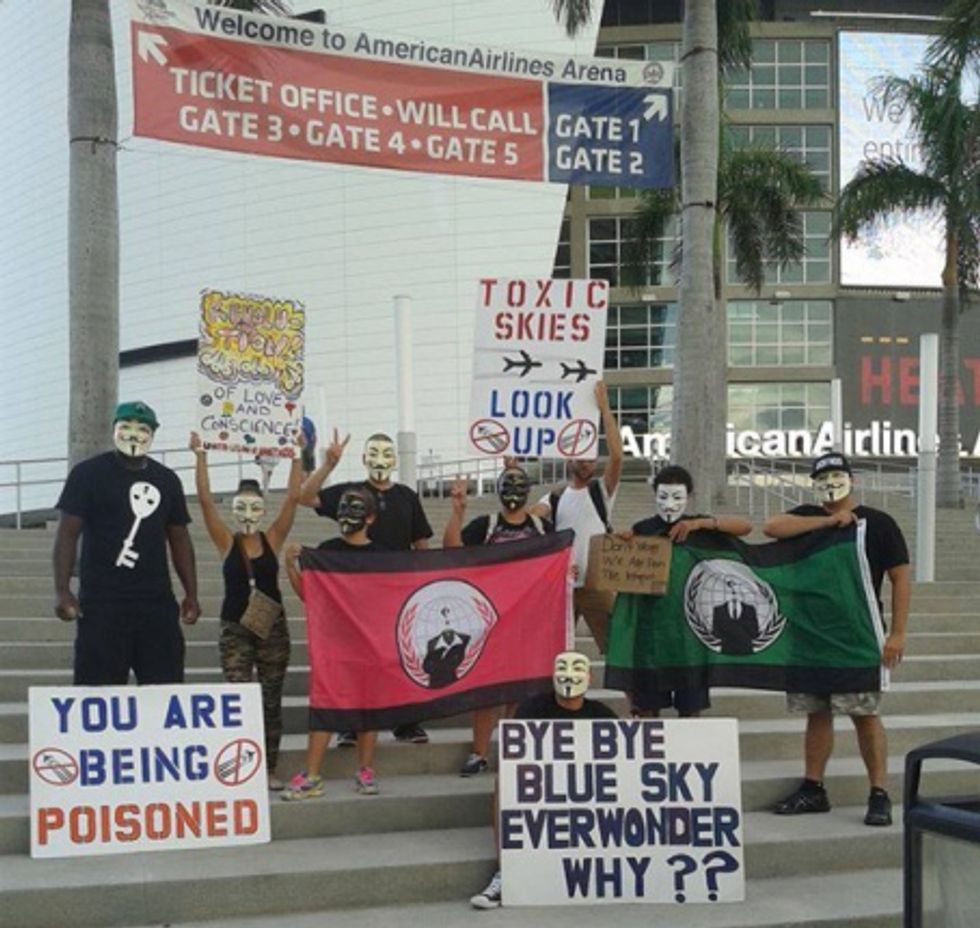 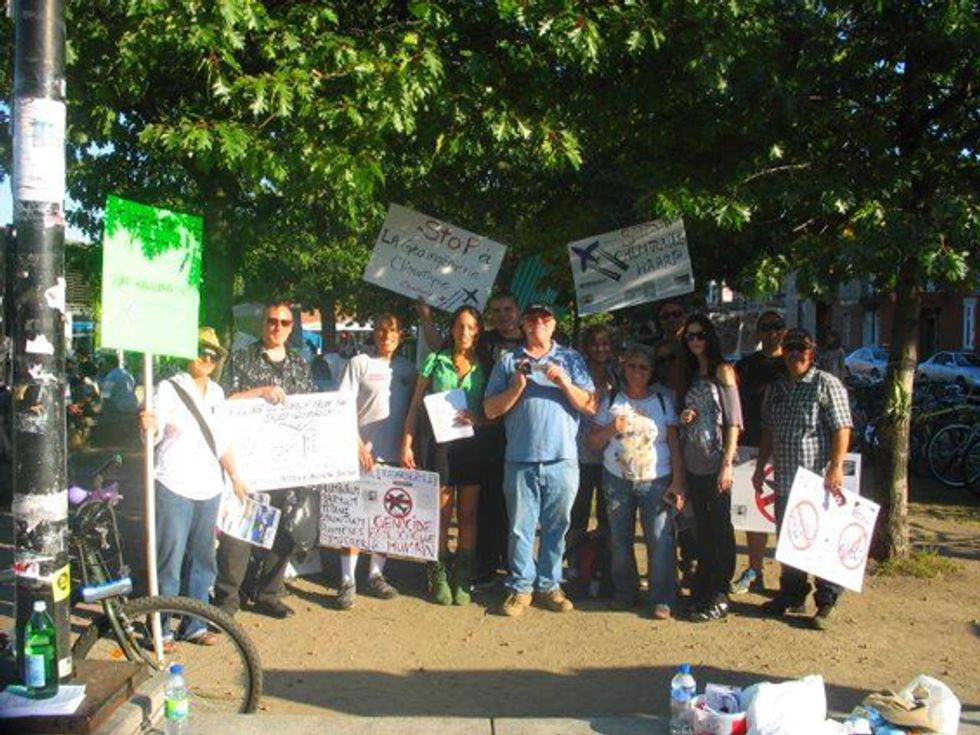 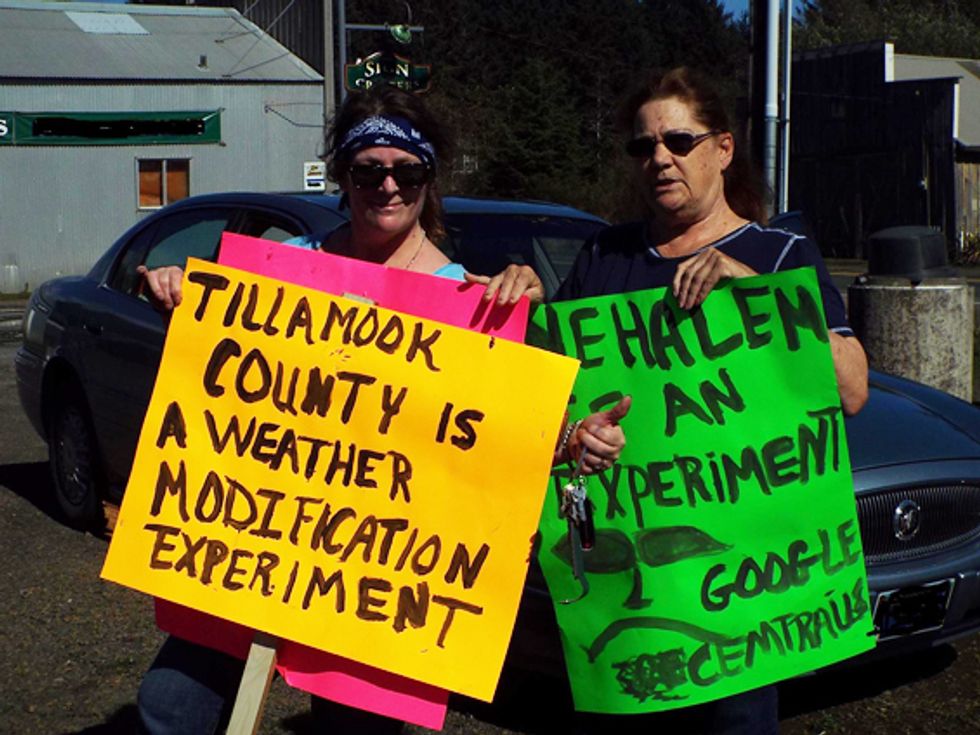 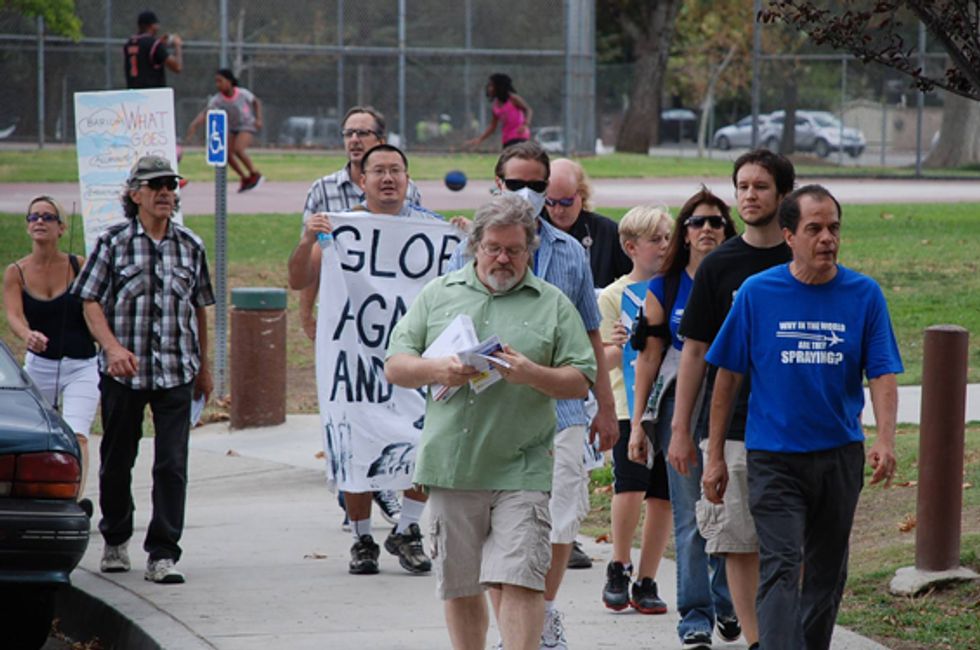 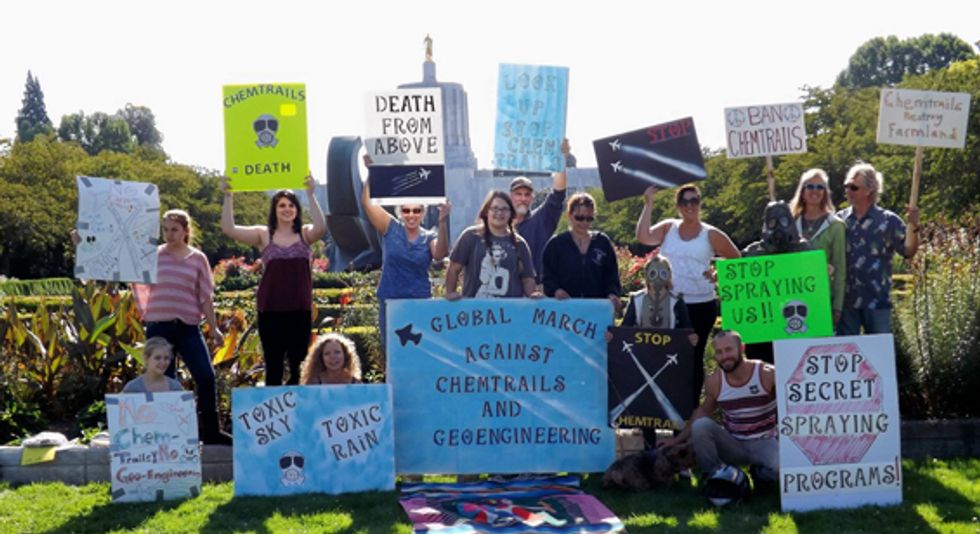 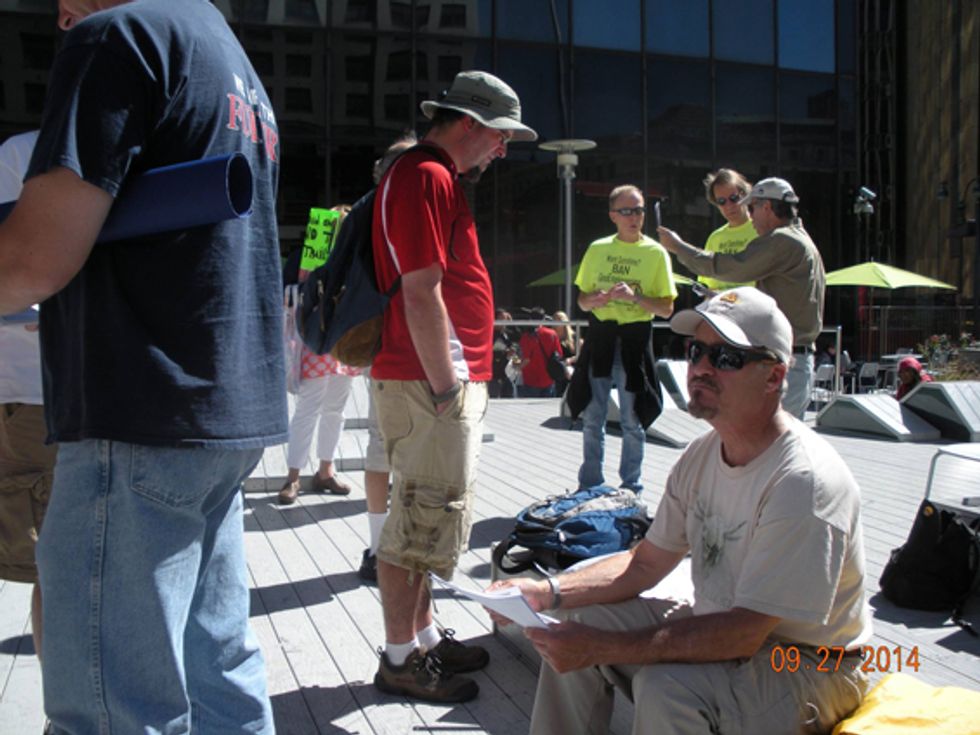