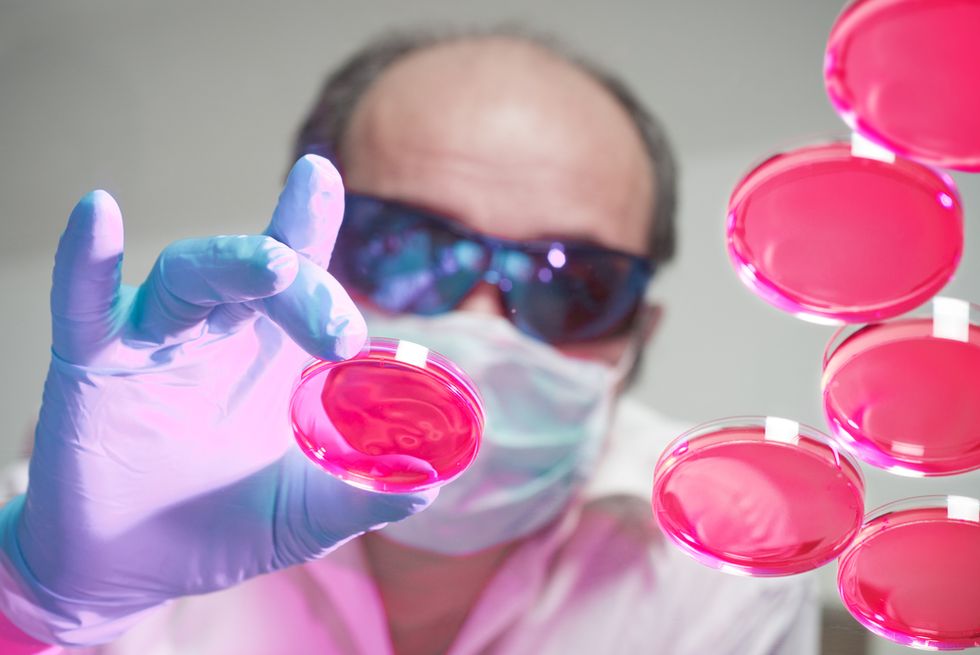 Scientists at the University of California, San Francisco were able to reanimate a virus found in a 700-year-old sample of frozen caribou feces and infect a living plant with it.

According to New Scientist, this raises concerns about the dangers of climate change, when plant and animal matter that have been frozen for centuries begin to thaw, making it possible for long-dormant diseases to re-enter the biosphere as "new" organisms.

In Canada, the Selwyn Mountains in the Yukon and Northern Territories have been a habitat for caribou for centuries. The caribou roll on the region's expansive ice sheets to rid their pelts of ticks, fleas and other parasites.

Generations of freezes and thaws and waves of caribou have left striated formations in the ice over time that contain the animals' droppings. Researcher Eric Delwart and his team drilled to a depth that was on the surface 700 years ago and retrieved a feces specimen that they then studied in the lab.

The team isolated a plant virus that resembles modern day viruses called geminiviruses, copied it and found that it could easily infect a modern tobacco plant.

"We saw evidence of replication in the leaves," said Delwart.

Jean-Michel Claverie of the Aix-Marseille University School of Medicine in France told New Scientist, "The find confirms that virus particles are very good 'time capsules' that preserve their core genomic material, making it likely that many prehistoric viruses are still infectious to plants, animals or humans."

In addition to warnings about global climate change, Claverie said that this discovery should also give pause to those who are hoping to capitalize on arctic warming to travel further and further north in the quest for oil.

"This again calls for some caution before starting to drill and mine Arctic regions at industrial scales," he said. Some microbes in arctic ice have been frozen and dormant for so long that modern organisms will have no resistance to them.

Delwart cautioned, however, that the competition among modern viruses is already pretty intense. Ancient infectious diseases have missed out on hundreds, possibly thousands of years of evolution.

"There's a theoretical risk of this, and we know that the nucleic acid of the virus was in great shape in our sample," says Delwart. "But old viruses could only re-emerge if they have significant advantages over the countless perfect viruses we have at present."

Uncover California said that the current record for the oldest recovered virus belongs to a 30,000-year-old organism discovered frozen in the Siberian tundra by a pair of French researchers. A full 60 percent of that virus' genetic material doesn't match anything currently on Earth.

Claverie told New Scientist, "Even if 700 years may not seem much compared with 30,000 years, it corresponds to a period when many diseases assumed to be 'eradicated' today were still in full bloom," diseases like the Black Death (bubonic plague) and other illnesses.

According to the World Health Organization, climate change is already a public health risk due to an increased incidence of tropical diseases, potential mass migrations and other factors. Now scientists are adding to that the risk that old diseases will return to haunt us again.