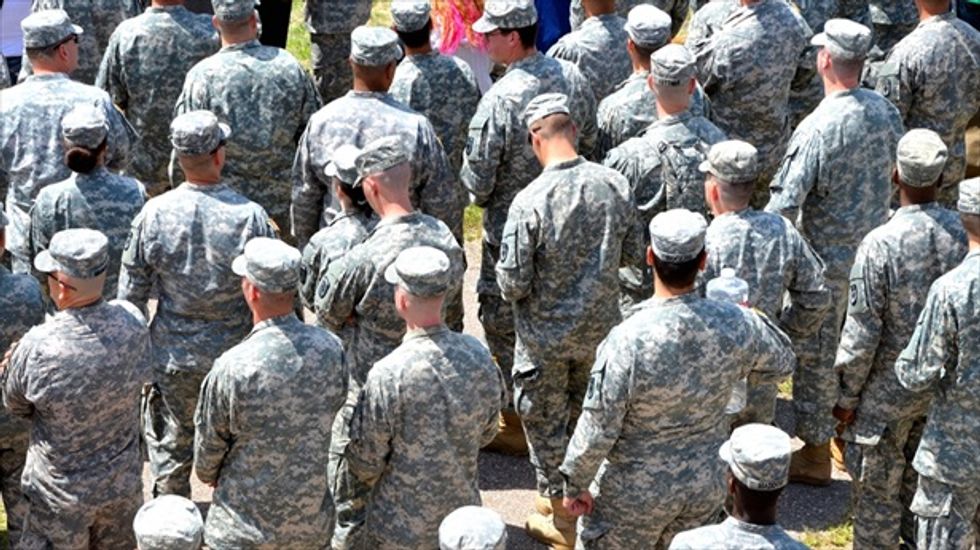 A top commander for the Alaska National Guard was recommended for “other than honorable” discharge earlier this year following an investigation that found he allowed recruiters to sexually assault and harass women.

Lt. Col. Joseph Lawendowski failed to act on multiple complaints of serious misconduct, including rape, against four noncommissioned officers under his command, according to an Army investigation.

The Anchorage Press obtained a copy of the Army Regulation 15-6 report that found Lawendowski, a former pornography company owner and co-founder of an “end times” fundamentalist group, violated the National Guard code of conduct on multiple occasions.

The 46-year-old Lawendowski, who joined the Alaska National Guard in 2003, promoted steroid use by recruiters, used government vehicles for strip club outings, showed up drunk to a sled dog race sponsored by the service, and possibly used government-issued credit cards for improper purchases.

The March 3 report recommended a separate investigation into his possible misuse of funds, including purchases of plane tickets to Dubai and Sweden, items at a luxury children’s store in Paris, and $1,500 and $2,000 bar tabs in Anchorage and Juneau, the newspaper reported.

Three of those NCOs – Carson, Nieves, and Tallant – were known to National Guard members as the “Three-Headed Monster” due to their widely known misconduct and abnormally large size, and sworn statements show they had a motto: “What happens in recruiting, stays in recruiting.”

The report found Tallant fraternized with his direct supervisor, Brown, who was a passenger when the recruiter was arrested for drunken driving in March 2011, and investigators found their relationship allowed Tallant to “continue to use his rank and position to abuse junior soldiers as well as prey on young women.”

The recruiters boasted of their close relationships with superior officers, including Maj. Gen. Thomas Katkus, who led the Alaska National Guard until he was forced to resign last month by Republican Gov. Sean Parnell, who took over when former Gov. Sarah Palin stepped down in 2009.

Brigadier Gen. Catherine Jorgensen, the Chief of Staff for the Alaska Army National Guard, was fired earlier this month by the acting commander of the Alaska National Guard but rehired the next day at Parnell’s insistence.

This deviated from the normal chain of command, the newspaper reported, and investigators found that other National Guard members knew Lawendowski was friends and neighbors with Katkus.

Lawendowski was named Deputy Chief of Staff for Operations for Operations and Training in June 2012, but head chaplain Lt. Col. Rick Koch and at least five other active or retired officers have begged Parnell’s office for about a year and a half to investigate him and his associates.

They provided the governor’s office with detailed allegations about fraud and the cover-up of sexual assaults, the newspaper reported.

The chaplain told Parnell’s chief of staff that Lawendowski had improperly spent more than $200,000 and led a command with known ties to illegal drug sales and many sexual assaults – and he said Katkus knew about the allegations.

“As one officer put it, ‘We are now putting criminals in our senior positions,’” Koch said in an email.