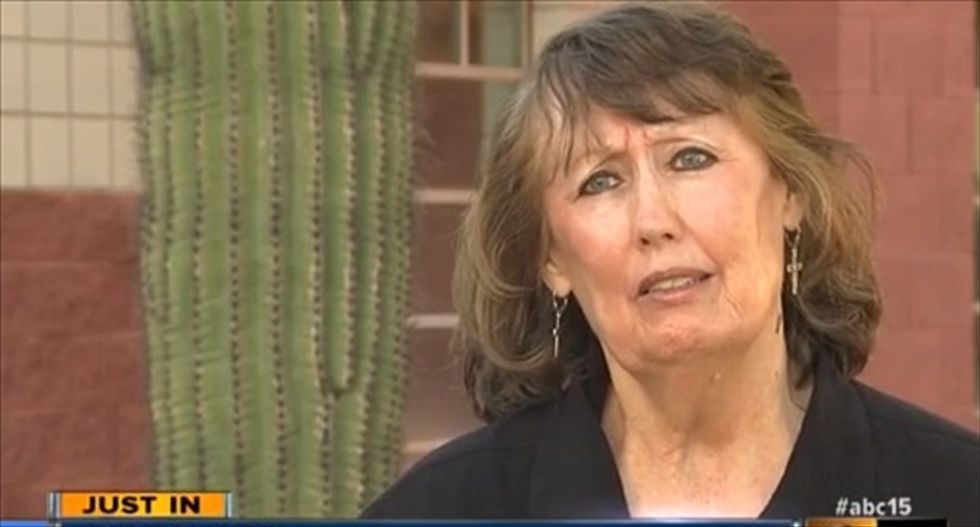 Officials with the Fountain Hills Unified School District voted to terminate Pam Aister after 25 years teaching in district from her position at Four Peaks Elementary School. The decision stemmed from a May 2013 incident during which she stepped in when a group of students allegedly surrounded and bullied the boy.

But parents of the alleged offenders told the school board that Aister behaved threateningly toward them, telling the group to "shut up" and making a remark about one of the students' "ugly face."

Board members did not comment on their decision to fire Ainster, and reportedly left quickly after reaching their decision and adjourning the meeting. Both a hearing officer appointed by the district and an attorney for Superintendent Tom Lawrence reportedly urged the board to end her contract.

Watch KNXV's report on Ainster's firing, as aired on Monday, below.