Bernie Sanders sounds skeptical on 2016: I'd need an unprecedented movement to defeat the billionaires 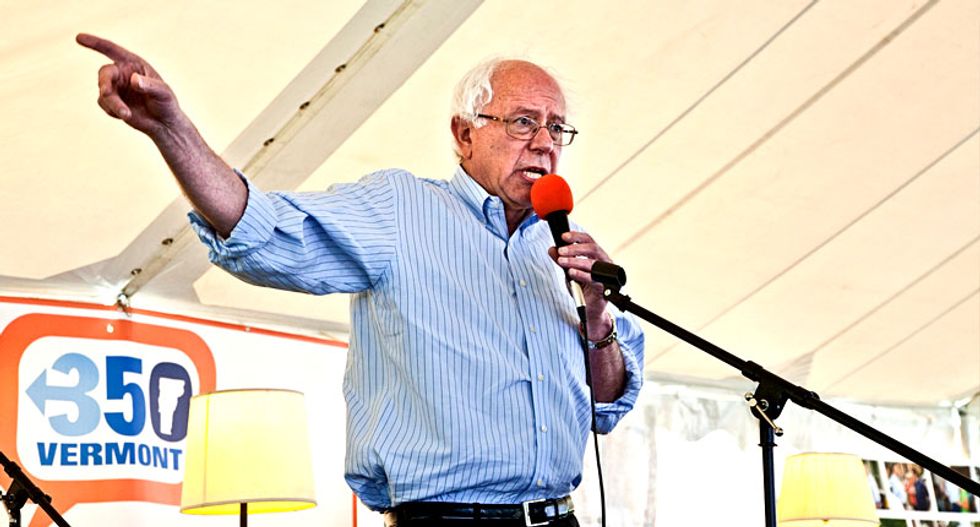 Sen. Bernie Sanders (I-VT) said Wednesday he was unwilling to run for president without the support of an "unprecedented grassroots movement." His campaign would be crushed by billionaires and the military-industrial complex without such support, the left-leaning senator claimed.

Sanders has said he was considering running in 2016 because he doesn't see any other potential candidates who represent the working- and middle-class.

While speaking with members of the Culinary Union Local 226 in Las Vegas, Sanders was asked when he would announce his candidacy for the White House. Video of the event was uploaded to YouTube by Andrew Davey.

"I am the senator of the state of Vermont, and I love my state, I’m very proud of my state," Sanders said.

"If you run for president of the United States, that is very, very serious business. Why is it serious? It is serious because if you do it, you have got to do it well. Anybody who comes before you and says, 'I really want to be president' – that person is crazy, because it is an impossibly difficult job and you’re going to get beaten the hell out of you the day after you get elected."

"So it’s a huge – it’s not a small thing," Sanders continued. "So this is what I’m trying to figure out by going to Iowa, going to New Hampshire, here today, is number one, if I do it, it has to be done well – not for my ego, but for you. I believe the issues I have talked about here today represent what the vast majority of the American people believe. They’re not crazy ideas. They’re the ideas that most people believe. Can we mount, can we get the resources, and the man- and woman-power to implement these ideas, to get people involved?"

The independent senator, who caucuses with Democrats, has made appearances in early primary states in recent months. Last week in Iowa, which holds the first presidential caucus in the nation, he railed against the "incredible and obscene" wealth gap in America.

"If I were to run for president of the United States, do you know how much money the Koch brothers would spend, the military-industrial complex, the drug companies, the private insurance companies, corporate America?" he added. "It would be me, it would be my wife getting attacked, my kids getting attacked. So before I do that I have got to know, number one, is the message – is America ready for a candidate to take on the billionaire class and an agenda that works for working people?"

"If I were to run, we would need an unprecedented grassroots movement," Sanders said. "Can we do that? Can we get millions of people involved? I don't know if we can."

Sander's second concern was that he wouldn't have enough active support from the American people to push his agenda through Congress.

"Here is the second thing, equally important," he remarked. "And I’m the only -- I think probably one of the few politicians who will say this, that no matter who is elected president of the United States, the best person in the world elected president, that president will fail unless there is the active involvement 365 days a year of the people. OK? You want to raise the minimum wage? We bring 2 million workers down to Washington, D.C., who understand who is going to vote against them, who is going to vote for them, we raise the minimum wage."

Sanders criticized Obama for abandoning the coalition he built during his 2008 campaign. He also suggested the president was naive to think he could negotiate with Republicans.

"They don't want to negotiate!" he said. "They want obstructionism day after day."