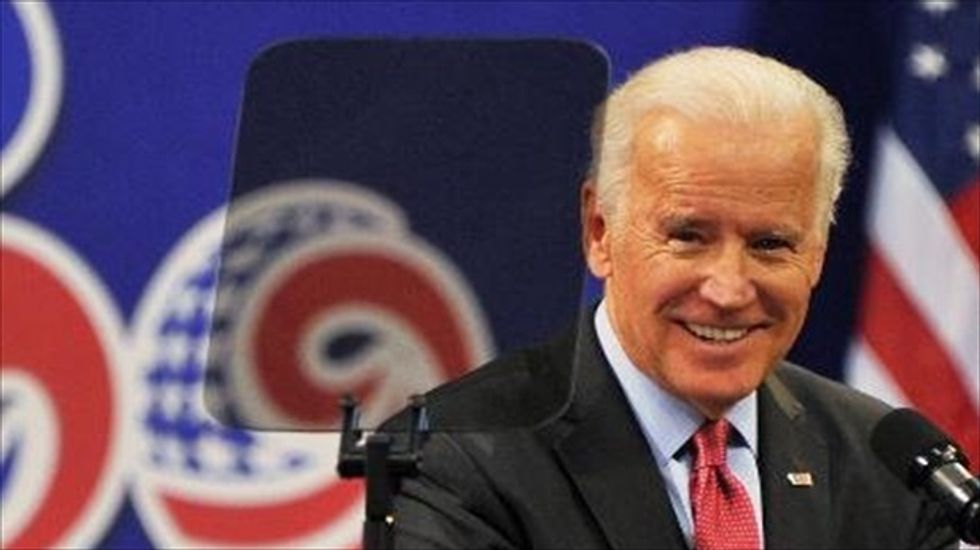 US Vice President Joe Biden delivers remarks on the US-South Korea partnership and US policy in the Asia-Pacific region at Yonsei University in Seoul on Dec. 6, 2013 [AFP]

Vice President Joe Biden will meet with human resource officers from major U.S. companies at the White House on Wednesday to discuss changes to hiring practices aimed at improving employment prospects for people who have been out of work for a while.

Officials from companies such as Citigroup, CVS Caremark, Boeing and Dow Chemical will talk about steps they have taken when they meet with Biden, Labor Secretary Tom Perez, and Jeff Zients, head of President Barack Obama's National Economic Council, the White House said.

Perez also will announce $170 million in 23 grants to help train people from the ranks of the long-term unemployed and match them with jobs.

Zients told reporters that qualified people who have a gap on their resume can face "significant artificial barriers" with certain screening practices used to sort through resumes.

"It's a vicious cycle, as the long-term unemployed are less likely to be offered a job even when they have the exact same resume and qualifications as other applicants," Zients said on a conference call.

Earlier this year, about 300 companies agreed to tweak their screening, advertising, interviewing and training practices so that candidates who had been out of work for months were not automatically excluded from opportunities.

For example, the White House said Frontier Communications hired more than 250 people from the ranks of the long-term unemployed since January -- representing about 20 percent of the company's hires -- because it stopped using resume screens.

Progress has been made, Zients said, noting the number of long-term unemployed people has dropped by 900,000 since December.

More than 2.95 million Americans have been out of work for 27 weeks or more, according to the Bureau of Labor Statistics. That's less than half of the peak seen in 2010 and 2011, after the recession hit.

"There are still too many people who want to work who haven't been able to find a job for a long period of time," he said.