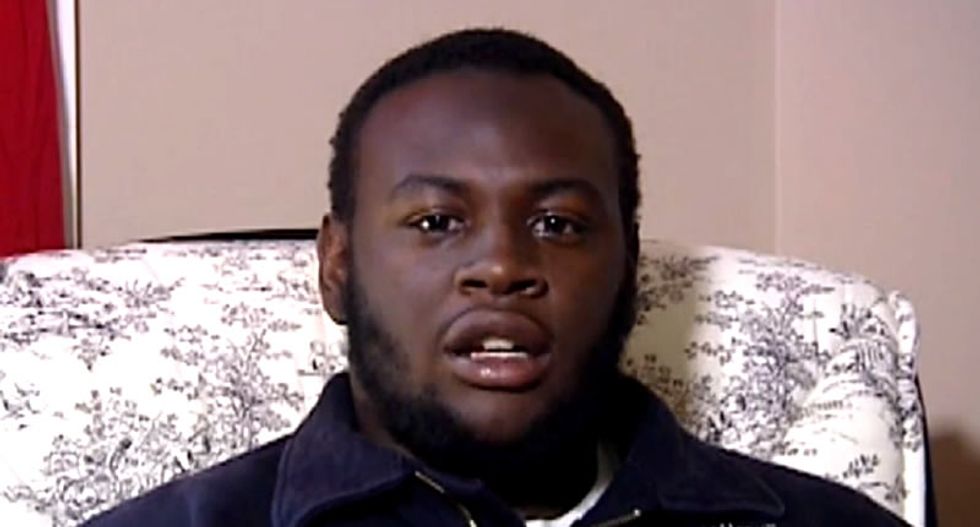 The foster parents of a Fuquay-Varina, North Carolina high school student are furious after neighbors mistook their son for a burglar and called police, who responded by pepper-spraying him in his own home, WTVD reports.

Stacy Tyler said she had left her home unlocked because she knew her foster son, DeShawn Currie, would be arriving home from school. When neighbors spotted Currie, who is black, entering the Tyler residence, they immediately called police.

When they arrived, they ordered Currie to put his hands on the door. "For what?" he said he replied. "This is my house. Why are y'all here?"

Officers then pointed to a photograph on the mantel of the Tyler's natural born children, all of whom are white, at which point Currie became angry. After a brief argument, officers pepper-sprayed Currie in the face.

Stacy Tyler arrived home to find Currie being treated by EMS for the pepper-spray, and quickly cleared up the confusion with the officers, who told her that her foster son had been threatening and belligerent.

Currie insisted he was merely offended by the officer's suggestion that he could not possibly be part of the Tyler family.

"I had moved into my room, and I'm feeling like I'm loved," he said. "And then when they come in and they just profile me and say that I'm not who I am. And that I do not stay here because there was white kids on the wall, that really made me mad."

No charges were filed against him.

Watch the report via WTVD below.