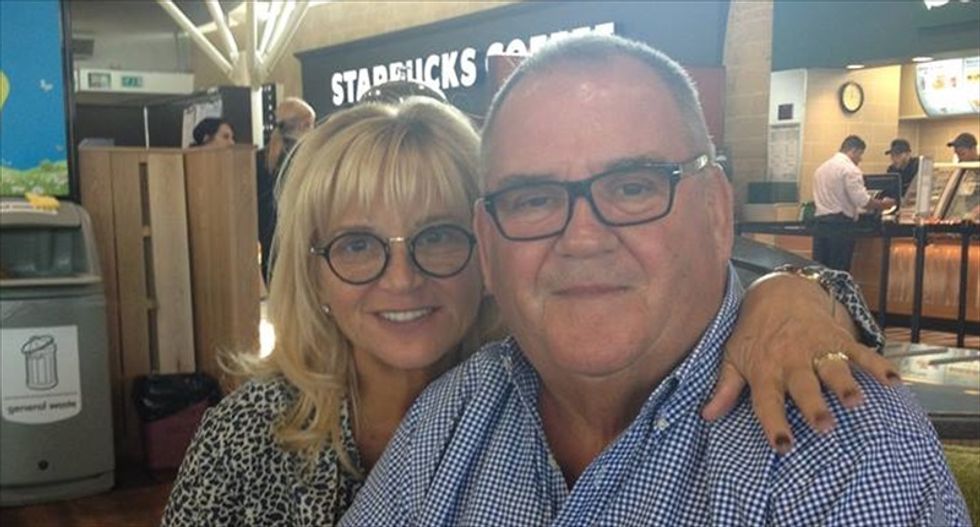 British psychic Sally Morgan fired her husband and son-in-law after video surfaced of them harassing, threatening and using homophobic slurs against a critic, the Friendly Atheist reported.

The video, posted last week, shows an encounter between Mark Tilbrook and Morgan's husband, John, and son-in-law Daren Wiltshear this past March. Morgan bills herself as being able to communicate with the dead, and her husband was working as her personal manager at the time.

Tilbrook was distributing flyers outside a Sally Morgan show this past March listing steps attendees can take to critically examine a psychic's act, including focusing on how many of their statements can be applied to many members of the audience, being careful about giving information, and counting how many incorrect statements they make while gathering information on their subjects.

The flyer does not mention Morgan specifically, yet the video shows John Morgan approaching Tilbrook and saying, "all that crap there, we won half a million pounds off the Daily Mail," and accusing him of libeling his wife.

"I don't care, because I'm not doing anything illegal," Tilbrook says.

"You're a prat, and I'm losing my temper because I'm gonna knock you out sooner or later," Morgan says. "So f*ck off before I do."

Throughout the video, Morgan also hurls homophobic slurs at Tilbrook, and asks, "One of your boyfriends been up your a*se?"

Wiltshear, who was Sally Morgan's tour manager at the time, can be seen in the video approaching Tilbrook and telling him that he had "seen" his father-in-law attack people. Wiltshear also harasses Tilbrook separately.

Morgan's company, Sally Morgan Enterprises, posted a statement on Oct. 10 apologizing for Wiltshear and John Morgan's behavior while accusing Tilbrook of "targeting" her and requiring police to be called in order to remove him from her shows.

"Given the abuse Sally has endured over the past three years, which have included severe death threats and incidences of stalking," the statement read. "Sally was left fearing for her own safety once again."

But in a separate statement on Tuesday, the company announced that both John Morgan and Wiltshear had been fired. It also contained remarks from Sally Morgan denouncing their behavior.

"I have come from a family background that has always been very accepting, many of my friends are gay and I have always felt happy that I am often referred to as a gay icon through my work," she said. "I am utterly ashamed and devastated at the behaviour of my husband John and Son in Law Daren and neither of them will have anything to do with my work, my business and right now I honestly have no idea what is going to happen to my marriage."

Tilbrook confirmed in a column for The Guardian last week that Morgan's solicitor contacted him saying she intended to sue him for libel and demanding that he pay "an undisclosed sum of money" on top of 2000 pounds for legal fees.

"With the legal threats hanging over me and the worries about physical threats, it has been a difficult few months," Tilbrook wrote. "But it will have been worth it if it has helped even a few question the information they get from psychics. I won't pretend there haven't been a few sleepless nights, but it has made me more determined to hand out more leaflets, regardless of the threats made towards me."

Watch footage from the encounter, as posted last week, below.