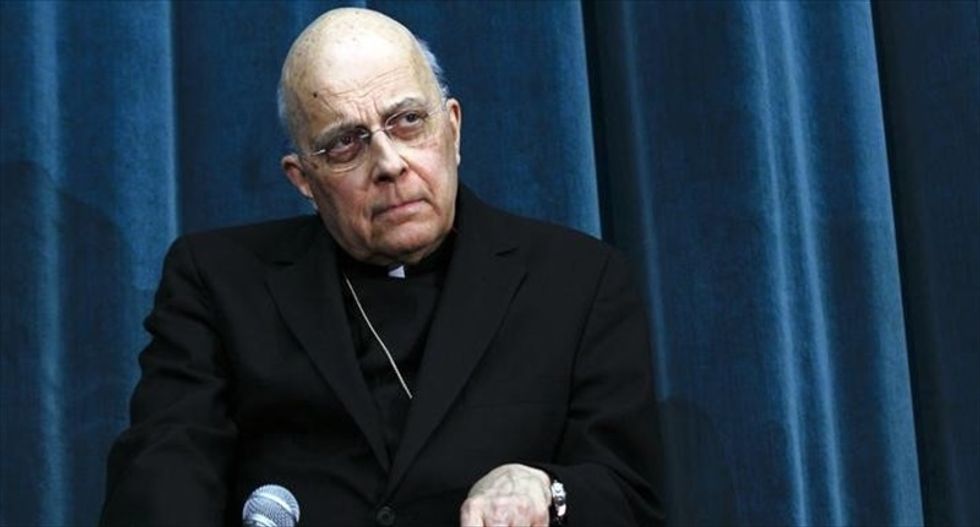 Cardinal Francis George, archbishop of Chicago, attends a news conference at the North American College in Rome on March 4, 2013. Photo by Alessandro Bianchi for Reuters.

The Catholic Church will close or merge a dozen of its 240 Chicago-area schools due to falling attendance in some areas of the country's largest parochial school system, the Archdiocese of Chicago said on Wednesday.

"We will not be able to maintain all schools in their current form," outgoing Cardinal Francis George said in a letter posted on the website of the archdiocese, which has a deficit of millions of dollars.

Six schools would close in June 2015 while another six would merge into three, affecting 1,280 elementary school students, it said.

"Even though our costs are still significantly lower than those of the public school system, expenses have risen significantly over the past decades and the cost of a Catholic education is now beyond what many families can afford," the letter said.

The archdiocese's school budget was $337 million in the financial year ended June 2013, with expenses slightly exceeding revenues from tuition and fees, according to a public financial report.

The schools that will be shut down or merged have average enrollment of only 145, below the required minimum of 225, wrote George, who is suffering from kidney cancer and will retire in November and be replaced by Archbishop Blase Cupich.

Parochial schools, which are cheaper than other private schools, have long been an option for Chicago families looking for schools that perform better than their local public school. But families with household incomes of $40,000 or less can no longer pay the average $4,500 per student tuition at area Catholic schools, George noted.

He said the Archdiocese had launched a campaign to raise a $150 million endowment fund for scholarships to help families pay for schooling and guarantee the viability of Chicago's Catholic schools.

Across the United States there are 6,685 Catholic schools and average tuition is $3,673 for elementary parish schools and $9,622 for freshman tuition at a high school. Around the country, 82,000 children attend Catholic elementary and high schools, and 148 schools closed or consolidated last year while 28 new schools opened, according to the website of the National Catholic Educational Association.

The Chicago archdiocese covers an area larger than Chicago city proper, where dozens of public schools have been shut in recent years due to a declining population and tight budgets.