Caught on video: Philly cop threatens to 'beat the sh*t' out of teen for looking him in the 'f*cking eye' 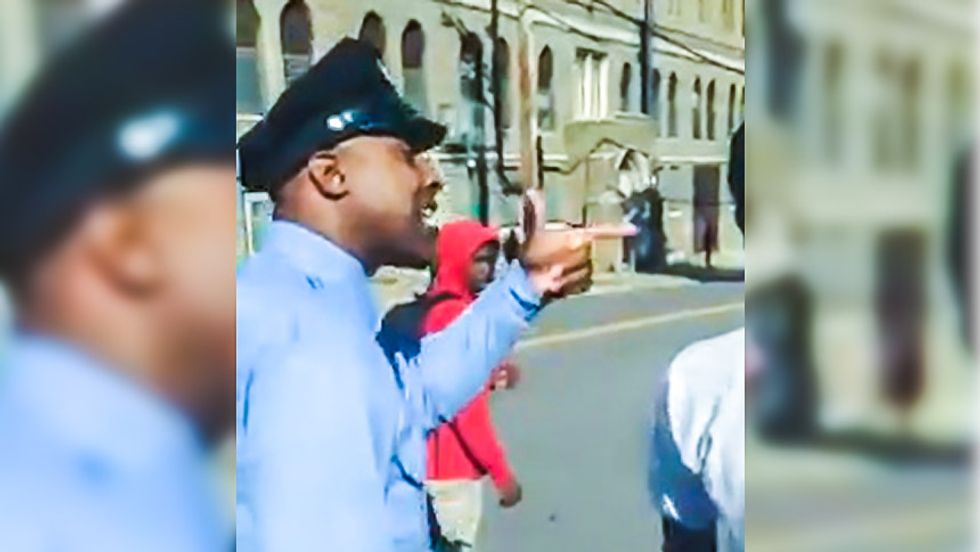 The Philadelphia Police Department said over the weekend that it would discipline an officer who was caught on video threatening to "beat the sh*t" out of a teen.

In a video uploaded to Facebook earlier this month by Damaris Abercrombie, an officer is seen walking beside a group of teens.

"Hey, big man, you got a problem?" the officer asks one of the teens. "Because I notice you keep trying to make eye contact."

"Keep f*cking walking, and next time you look at me in my f*cking eye, I'm going to beat the sh*t out of you," the officer adds.

A law enforcement source confirmed to WCAU that the officer was assigned to the 19th District.

"The video does not reflect well on the officer," a police official who did not wish do be identified explained. "I have no doubt he had good reason to be exasperated but you have to maintain your professional demeanor."

It was not immediately clear what disciplinary actions the officer would face.