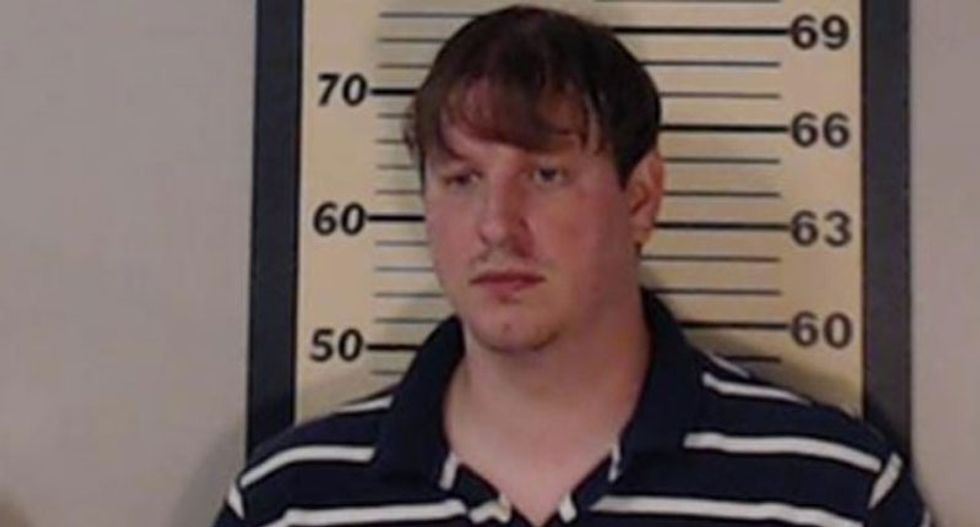 Kelly was initially jailed in May on charges that he "illegally and improperly obtained an image of a vulnerable adult resident" after making his way into the Madison, Mississippi, facility and taking a photo of Rose Cochran, who suffers from progressive dementia and has lived there since 2000.

Kelly then posted the image in an online video attacking Senator Cochran, who was in a primary battle with Tea Party challenger Chris McDaniel. The video was removed shortly afterward.

Camp said the grand jury had indicted Kelly weeks ago, but he appeared in the Madison Circuit Court on Wednesday to pick up the indictment and plead not guilty to the new charges. He was not re-arrested on Wednesday, Camp said.

"One thing that's hard, that people don't understand is that certain things may not be a crime," Camp said. "It may not be ethical, it may not be what we think is proper, but that doesn't make it a crime."

A trial is set for March, Camp said.

McDaniel lost to Cochran in the primary runoff but is challenging the results. He has denied any involvement in the alleged break-in.

Kelly was one of four people arrested in connection with the incident. John Mary, a former conservative radio host, was arrested in May after authorities said he had helped Kelly enter the nursing home.

Mary pleaded guilty in August and was sentenced to five years of supervised probation in exchange for helping the investigation.

Besides Kelly and Mary, authorities arrested schoolteacher Richard Sager and lawyer Mark Mayfield in connection with the incident.