Controversial conservative cardinal of St. Louis says he was demoted by Pope Francis 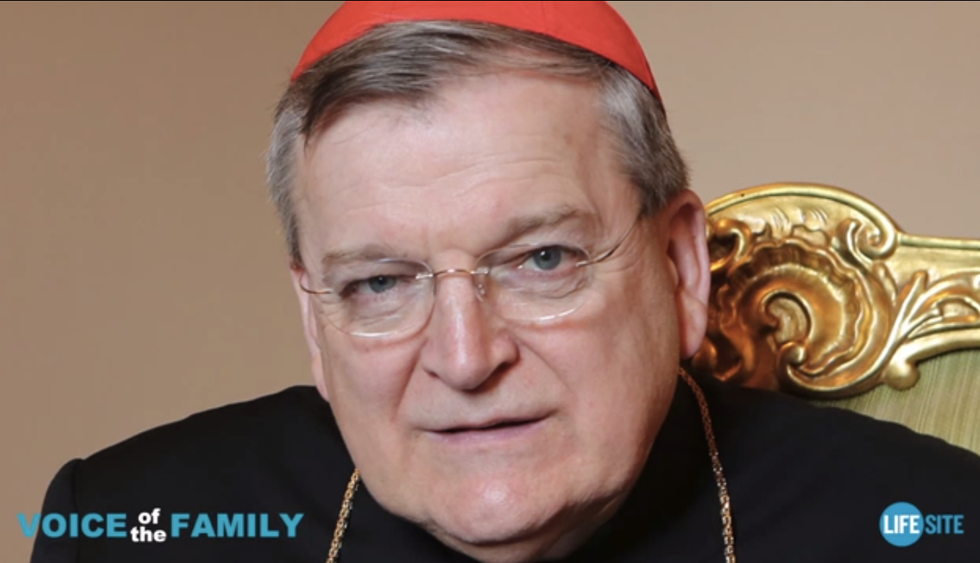 Cardinal Raymond Burke, the conservative American who holds the top position in the Vatican’s justice system, on Friday told BuzzFeed he was being demoted.

Burke, a former archbishop of St Louis, has publicly challenged Pope Francis on issues including abortion and homosexuality.

A preliminary report from the church’s extraordinary synod on the family, released on Monday, signalled a readiness to adopt a more conciliatory attitude towards homosexuality, divorce and other “irregular” family situations.

More than 200 bishops contributed to the report, which said: “Homosexuals have gifts and qualities to offer to the Christian community: are we capable of welcoming these people, guaranteeing to them a fraternal space in our communities?”

A day later, Burke expressed concern, and said a great number of synod fathers had objected to the contents of the report. He told the Catholic World Herald Francis was “long overdue” in making a definitive statement about suspected changes in the Catholic church.

“The pope, more than anyone else as the pastor of the universal church, is bound to serve the truth,” Burke told Buzzfeed. “The pope is not free to change the church’s teachings with regard to the immorality of homosexual acts or the insolubility of marriage or any other doctrine of the faith.”

Burke told Buzzfeed he was being transferred from his position as prefect of the supreme tribunal of the Apostolic Signatura to be patron of the sovereign military order of Malta, though he said he had not received a formal order. He assumed his role as chief guardian of canon law in June 2008, having been appointed by Pope Benedict XVI.

Benedict also appointed Burke to the Congregation for Bishops in 2009. Four years later, Francis removed Burke and 13 other bishops from the 18-man group. Days after he was removed from that post, in December 2013, Burke criticised Francis in an interview with the Catholic broadcaster EWTN.

“One gets the impression, or it’s interpreted this way in the media, that he thinks we’re talking too much about abortion, too much about the integrity of marriage as between one man and one woman,” Burke said. “But we can never talk enough about that.”

When National Catholic Reporter asked Burke who told him that he was being removed from the Vatican’s justice system, he replied: “Who do you think?”