Criminal case behind him, Tom DeLay 'coming back' to DC to expose 'radical Marxist' Obama 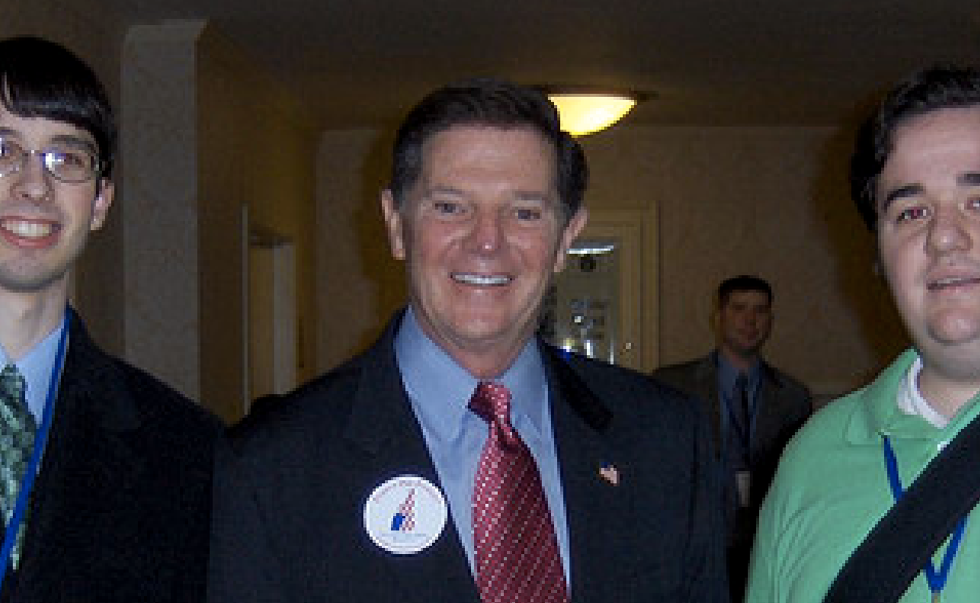 After nearly a decade and millions of dollars in legal fees, former U.S. House Majority Leader Rep. Tom DeLay (R-TX) succeeded in having money laundering charges against him dismissed this week.

Right Wing Watch reported that in an interview with "Birther" hub and far-right website World Net Daily, DeLay said that he intends to return to Washington and punish Democrats for the things they have done to the country.

“The worldview of the left that has destroyed America is what we should be fighting,” he said. Democrats, he went on, “want to destroy you and your family” and to "bankrupt you and put you in a coffin so they can dance on your grave.”

DeLay was riding high in 2005 when he was hit with charges of money laundering by the Travis County, Texas District Attorney. The man the Republican-dominated Congress called "The Hammer" ultimately resigned from Congress in order to fight the charges in court long enough to get the verdict he wanted.

The Sugar Land, Texas congressman said that he is contemplating a retaliatory suit against the Travis County DA's office. But in the meantime, he has set his sights on a return to the Capitol.

“I’m very excited that I can now get on with my life, and whatever the Lord has got for me, that’s where I’m headed,” said DeLay. “And I’m coming back to Washington; now that the clouds have cleared, Washington very well could be where I’m headed.”

Someone, he said, has to rein in the out-of-control leftist Democrats there.

"(I)n Barack Obama the American people are getting to see a radical Marxist with a worldview that makes him happy with the chaos that’s going on," he said.

He chided the current Republican Party for not being devoted enough to Christian principles. Republicans who are rushing to embrace business-friendly policies while running away from social and cultural issues need to change their ways, he said, and re-devote the party to Jesus Christ.

“The worldview of the left that has destroyed America is what we should be fighting,” he lamented. “The radical culture of the left is why 60 million babies have been killed in the United States since Roe v. Wade. Yet, the Republican response is to say, ‘Well, I want the Keystone Pipeline.’”

DeLay has long maintained that the charges that he illegally funneled Republican Party money to individual candidates in a way that is forbidden under federal law were a politically motivated stunt by former Travis County DA Ronnie Earle (D), who once colorfully opined that "being called vindictive and partisan by Tom DeLay is like being called ugly by a frog."

The charges against DeLay were reversed by the Texas Court of Criminal Appeals, a panel of one Presiding Judge and eight other judges.