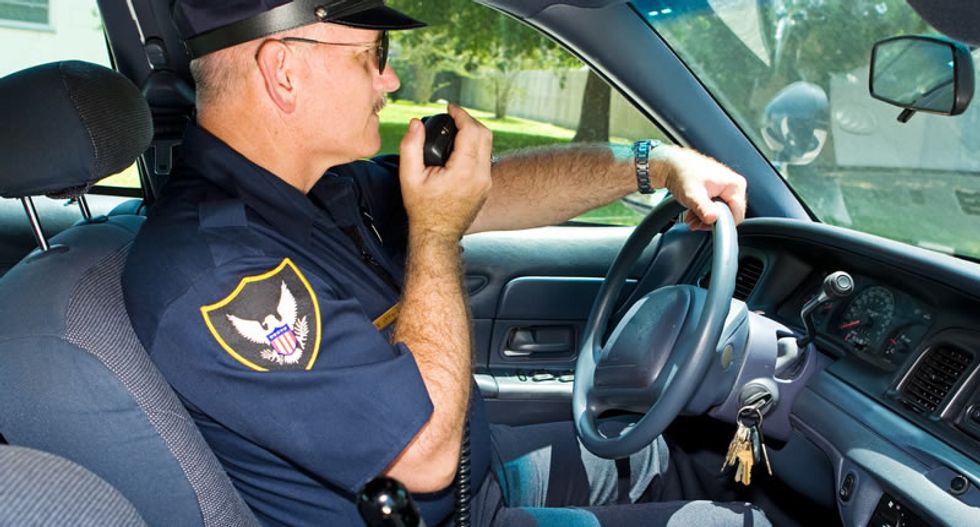 A 28 year veteran of the Dallas Police department was fired for refusing to help a woman who ran up to his car and claimed her children had been kidnapped, The Dallas Morning News reports.

Former Senior Corporal Les Richardson learned from dispatchers that a woman’s car had been rammed and shots had been fired in his vicinity.

Richardson can be seen on his dashboard camera smoking a cigarette as his car slows down. Off camera, a woman can be heard shouting, "That's him! That's him! Right there!"

"Right here what, baby?" Richardson replied. "I'm on a call."

He then proceeded to drive off.

The woman was trying to alert Richardson that her ex-boyfriend, Steven Douglas, had just rammed her car with a pickup truck and then kidnapped her children at gunpoint.

Later that day, Douglas led police on a car chase, which ended when he rammed another vehicle, this time a van. After a short chase on foot, officers cornered Douglas. Witnesses said he pointed a gun at the officer, who then fatally shot him.

After the woman reported to police that Richardson had ignored her pleas for help, he was put on administrative leave. He was formally fired on Wednesday.

Watch the video posted by the Dallas Police below.