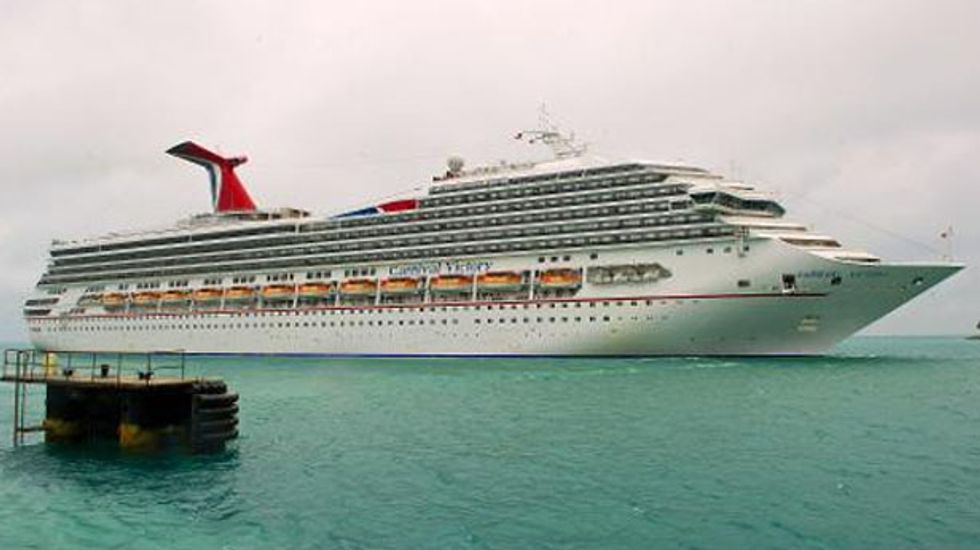 A Dallas hospital lab worker who spent much of a cruise holiday in isolation after possible exposure to Ebola, has tested negative for the disease, Carnival Cruise Lines said on Sunday.

The Carnival Magic arrived on Sunday in the port of Galveston, Texas after a week-long trip that included being denied docking by Belize and Mexico because of the presence of the woman on board.

The woman works at the Texas Health Presbyterian Hospital where a Liberian man, Thomas Eric Duncan, was treated for Ebola. The worker, who has not been named, did not have contact with Duncan but was being monitored as she might have come in contact with his test samples.

Two nurses who treated Duncan, who died on Oct. 8, have contracted the disease.

After the ship docked at about 4:30 a.m. Central time (0530 ET), the woman and her husband disembarked and drove away in their own car, a Carnival spokeswoman said at a brief press conference in Galveston. Carnival Cruise Lines is a unit of Carnival Corp.

Before the ship reached the port, a U.S. Coast Guard flew out to meet it and took away a blood sample from the woman, said Vicky Dey, vice president for guest services at Carnival. That sample tested negative.