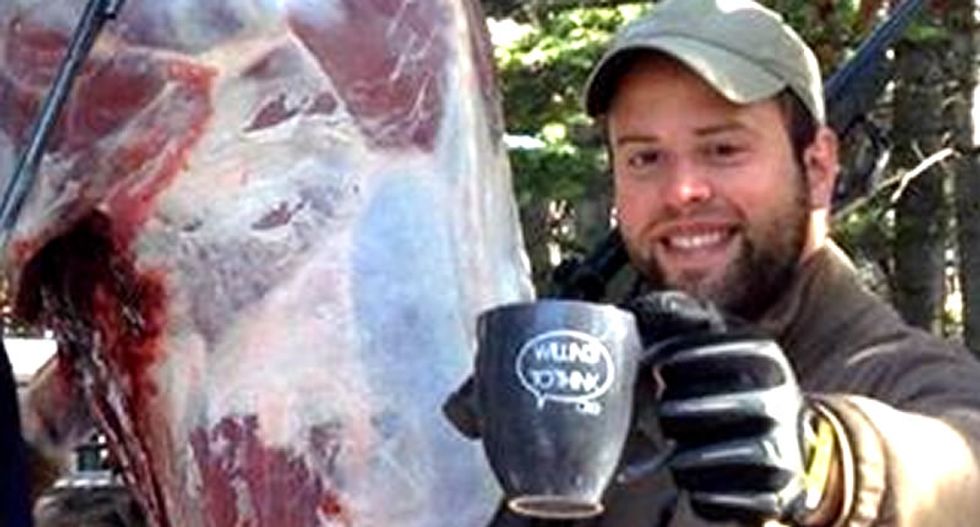 Zach Dasher, the Duck Dynasty clan cousin currently running to represent Louisiana in Congress, argued that the phrase "you only live once," often abbreviated "YOLO," is an "atheistic message that has brainwashed a generation," Buzzfeed reports.

Buzzfeed's Andrew Kaczynski found a 2012 Facebook post by WIllingtothink.org, which was the name of a Christian podcast and website operated by Dasher. In the post, Dasher claims that the problem with "YOLO," which he misidentifies as the title of the song "The Motto" by Canadian rapper Drake, is not its "pornographic" lyrics, but its message.

"But what about the message in its title?" he asked. "Do we only live once? If the atheist is correct then yes, you only live once. You have about 80 years if you are lucky."

If that is the case, he urges readers to "[c]onsume as much as you can for tomorrow you die."

"Folks," he concluded, "the bottom line is this, Drake and Little Wayne [sic] are wrong and Jesus was right. YOU CAN LIVE TWICE!"

View a screen capture of the post via Buzzfeed below. 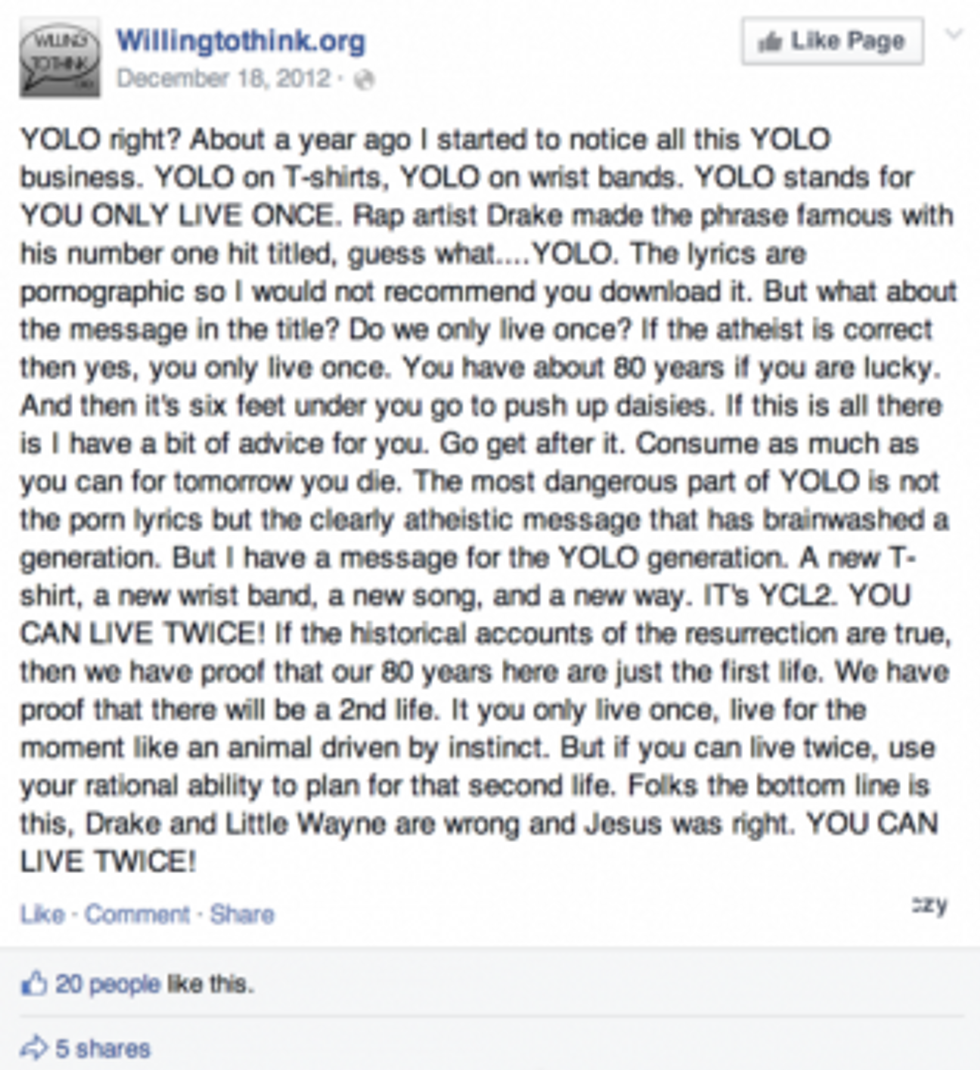