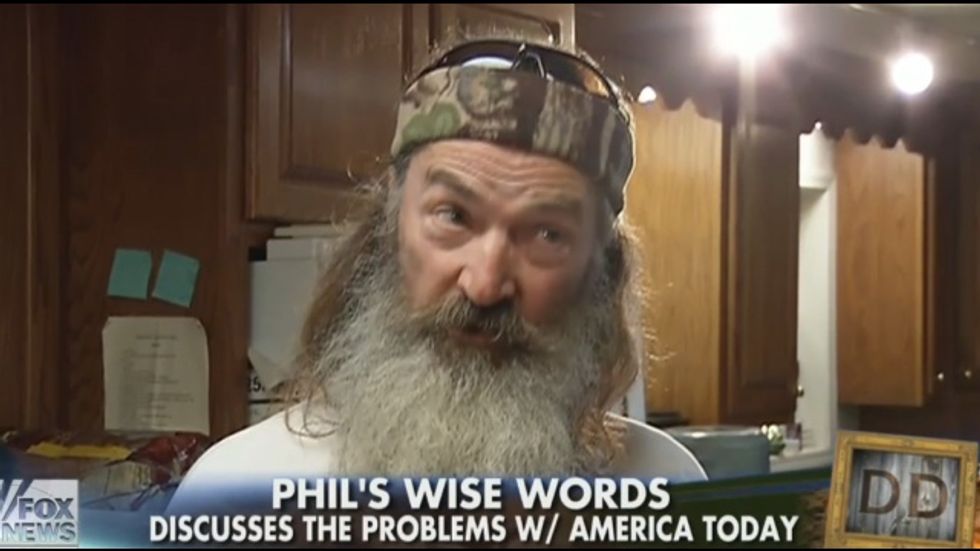 "Biblically correct sex is safe," Robertson said during a sermon in West Monroe, Louisiana last month. "It's safe. You're not going to get chlamydia, gonorrhea, syphilis, AIDS -- if you, if a man marries a woman, and neither of you have it, and you keep your sex between the two of you, you're not going to get ever sexually transmitted diseases."

Robertson went on to blame "orthodox liberal opinion" for the spread of "debilitating diseases" around the U.S. and the world and accused his audience of being -- like himself -- "sexually immoral" at some point in their lives.

"Man meets woman, marries her, keeps his sex right there," he said. "The children come, the chances of them getting a sexually transmitted disease, would you say is almost zero? You can say it.”

Researcher Elizabeth Boskey challenged the notion that monogamous sex can be devoid of sexually-transmitted diseases in a column for About.com this past February.

"Even if you had undergone regular screening, if you were infected while having sex with a partner who had not been tested in years, there is always the possibility that they were infected asymptomatically a long time before you got together - and just didn't know it," Boskey wrote. "Even when you are having sex with someone who is infected with an std, you won't necessarily get infected the first time you sleep together. Particularly if you intermittently practice safe sex, it could take months or even years."

Watch footage from Robertson's speech, as posted online, below.