Duggar bride to other brides: Your wedding day belongs to God, not you 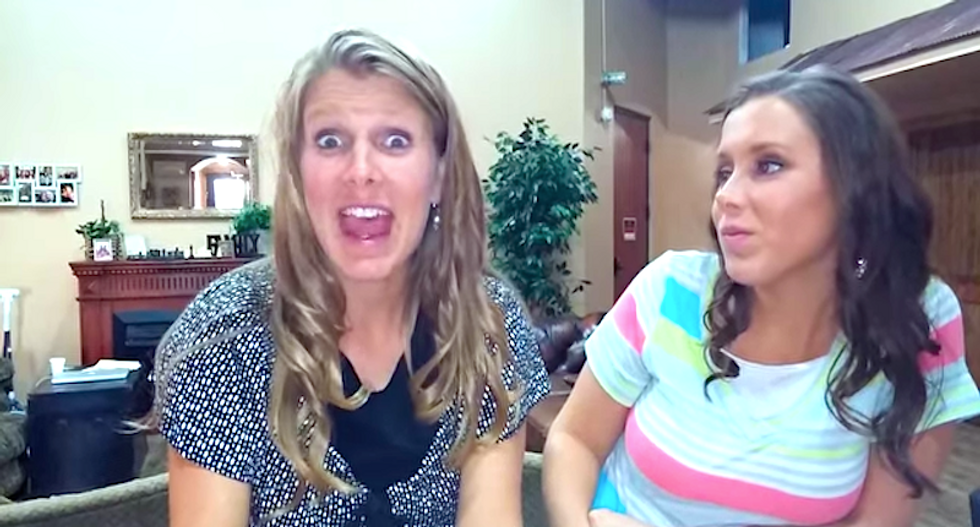 Sisters Anna Duggar and Priscilla Waller urged unmarried girls and women to remain chaste and pray for a godly man to ask their father for permission to begin a courtship with the intention to marry – just as they did.

Waller said she waited until she was 25 to marry, which her sister suggested must have seemed like an eternity.

“Yes!” Waller said. “I’m like, ‘Oh, my sister already had two kids by this time, but it was so special to be able to begin a relationship with my husband, David, and to know that just being so open and honest with each other right at the very beginning, the very first night of our official courtship David was able to share some of his heart, his struggles, his strengths – things he envisioned us to do together.”

The Christian homeschooling organization is affiliated with the patriarchal Quiverfull movement to which the Duggar family belongs.

“It’s so nice to be able to begin a relationship -- just to talk to some of you younger girls that have not been married yet and are praying for the one that God has for you, to wait for God’s best and to pray for your future spouse, that he would have a vision for a God and a desire to serve the Lord, because the Bible talks about being a helpmeet for your husband,” Waller said. “But if there’s nothing you can help him to do fulfill the call that God has for your life together, then –“

“It’s hard to be a helpmeet if there’s not a vision,” Duggar said.

Duggar recalled her trip to Israel, when she learned that Waller had called her father to ask permission to court her sister.

“I kept seeing the star of David everywhere, and I’m thinking, ‘Oh boy, Priscilla has her star of David,’” Duggar said.

Now that’s she married, Waller encouraged other brides-to-be to keep their focus on God during their wedding day.

Waller said she prayed as she admired her future husband from afar as he took a leadership role in his church.

“I was like, wow, that’s somebody – that’s the kind of guy I want to marry – but I was like, would you just pray that I could just give that back to the Lord and just thank him for the normal desires, because God gives us girls normal desires to get married," Waller said. "If we never had these desires we would always picture them as our brothers – you know, stinky and dirty – but God gives us a normal desire to have a relationship that’s meaningful and that’s significant in our lives with a young man."

Duggar said she was upset during the planning of her own wedding, to Josh Duggar, that her parents made some decisions without her input, but she said God convinced her that making your own decisions is prideful.

"In America, we say it is all about the bride and it is her day, but I remember God speaking to me in my heart and saying, ‘It’s not your day. It’s my day, this is the day the Lord has made,’" Duggar said.