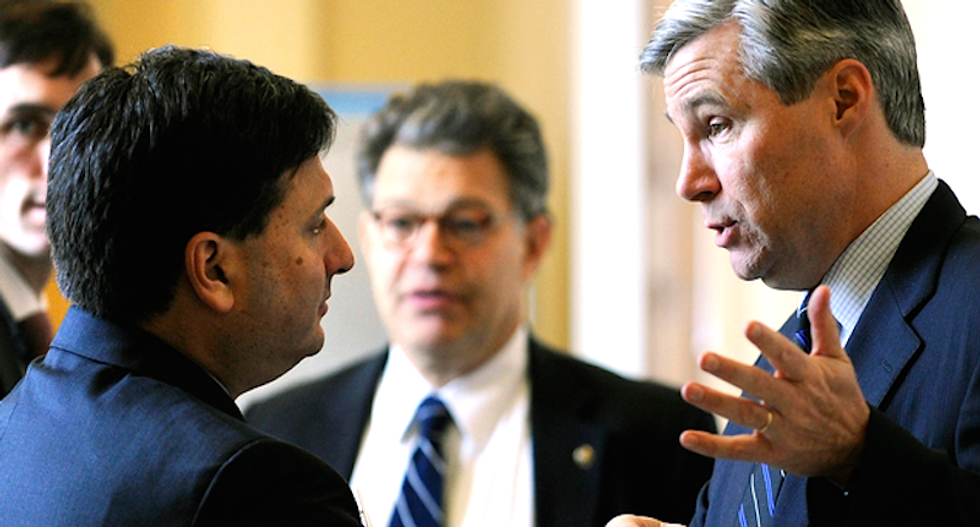 U.S. Ebola czar Ron Klain faces a hefty to-do list when he begins his new role: soothe Americans' jitters about the virus, fix federal coordination with states, and restore a sense of control over the crisis that the White House had lost.

Klain, a former senior aide in two Democratic administrations who is known for his keen political antenna, also must smooth over tensions with lawmakers who are angry about the government's missteps and mixed messages.

Klain has been dismissed as a political operative by Republicans because he lacks a medical background.

But administration officials and his associates describe him as a problem solver who understands the levers of government and can ensure smoother coordination among an array of agencies such as the Centers for Disease Control and Prevention, the National Institutes of Health and the Food and Drug Administration.

“Many times in these complex responses you have to combine resources across agencies, work across boundaries,” said Thad Cochran, the former Coast Guard chief who served in a similar role leading the administration's response to the 2010 Gulf oil spill.

"There are ... policy issues that kind of swirl around all of this that are more the subject of folks that work in Congress and the administration. But the person who is working the problem needs to be focused purely on carrying out the operation that solves the problem on behalf of the American people."

Klain met on Saturday with White House chief of staff Denis McDonough, though he does not start his job officially until this week.

Klain, who has a reputation as a "fixer" for top Democrats, has served as chief of staff to both Vice President Joe Biden and former Vice President Al Gore.

He oversaw Gore's Florida recount operation in the disputed 2000 election and helped President Barack Obama recover from his disastrous first debate against Republican Mitt Romney in the 2012 presidential race.

Klain has remained a familiar presence at the White House, making roughly 75 visits there between January 2011, when he stepped down as Biden's top aide, and June 2014, according to visitor logs.

Stephen Morrison, an expert in global health policy at the Center for Strategic and International Studies, said Klain could take some heat off public health professionals so they can focus on their jobs while he navigates the politics.

“This is somebody who knows how to use the bully pulpit that he’s been given. I think that’s probably half of the game,” Morrison said.

At least initially, though, Klain seems likely to focus on the behind-the-scenes aspects of his job. An NIH official, Dr. Anthony Fauci, represented the administration on the Sunday TV news programs this week, not Klain.

Restoring public trust will be key. The CDC has come in for sharp criticism for its handling of the cases of two nurses who were infected with Ebola after treating a Liberian man, Thomas Eric Duncan, at a Dallas hospital before he died.

Critics say missteps by the CDC may have put nurses Nina Pham and Amber Vinson, as well as their contacts, at risk.

"(Klain) can have eyes over CDC to make sure they are aggressive," said Neera Tanden, a former White House official who now leads the Center for American Progress.

"They now have swat teams going to all locations with Ebola patients, but clearly that is something they should have been doing earlier," she said.

But Scott Gottlieb, a scholar at the American Enterprise Institute think tank, said Klain was ill-suited to the role and, echoing other critics, said Obama should have chosen someone with experience in handling public health emergencies.

"It befuddles me what they want" for the Ebola czar job, Gottlieb said. "You want someone who can help coordinate across NIH, CDC, FDA; someone who understands the issues, the optics and knows what to ask for and knows who to go to," Gottlieb said, adding, "There is a very steep learning curve."