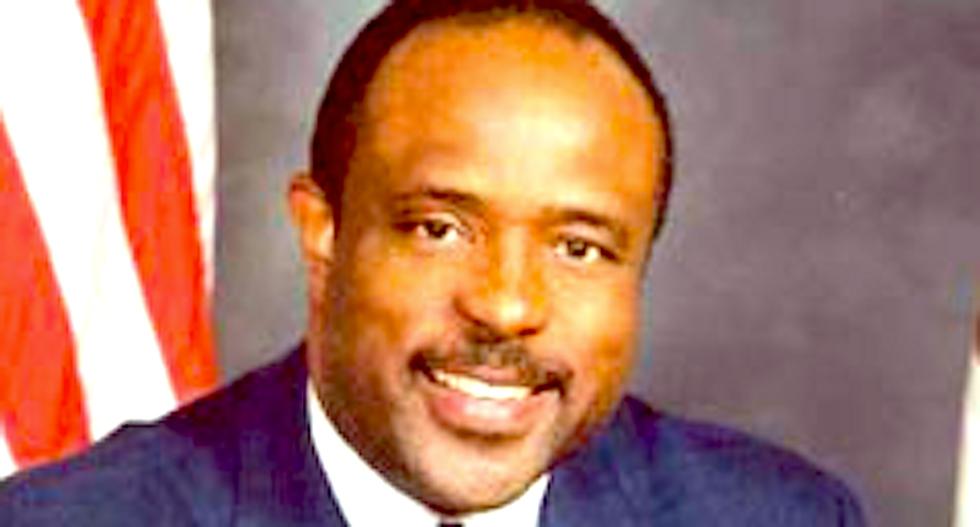 A former California state senator convicted of perjury and voter fraud for lying to cover up the fact that he lived outside the district he represented was due to surrender to authorities on Friday to begin serving a 90-day jail term.

Roderick Wright, one of three Democrats in the state Senate caught up in ethics scandals since last year and the first to face criminal proceedings, had until the end of the day to turn himself over to sheriff's deputies at a downtown Los Angeles jail facility.

He was convicted in January of fraudulent voting, perjury by declaration and filing a false declaration of candidacy in one of three misconduct scandals that effectively cost Democrats their cherished two-thirds majority in the state Senate.

Senator Leland Yee of San Francisco was suspended after his indictment on racketeering, wire fraud and conspiracy charges, to which he has pleaded not guilty. And Senator Ron Calderon, from an area east of Los Angeles, took a leave of absence to fight two dozen counts of bribery, fraud, money laundering and conspiracy.

Wright's conviction is a sensitive issue for other state legislators, some of whom have claimed ambiguities in a law requiring them to establish "a domicile" in their districts, even as political boundaries are altered through redistricting.

Wright had contended that the law allowed him to reside in the affluent Baldwin Hills neighborhood of Los Angeles, outside the modest Inglewood suburb he was elected to represent, so long as he kept a home at an Inglewood address, which he rented out to his stepmother.

But the jury and judge at his trial sided with prosecutors in rejecting his argument making a distinction between a domicile and a true residence.

In July, former Democratic state lawmakers and onetime Los Angeles City Councilman Richard Alarcon was convicted of lying about where he lived in order to seek another term on the council. He is seeking a new trial.

In addition to 90 days in jail, Wright was fined $2,000, ordered to perform 1,500 hours of community service and given three years probation.