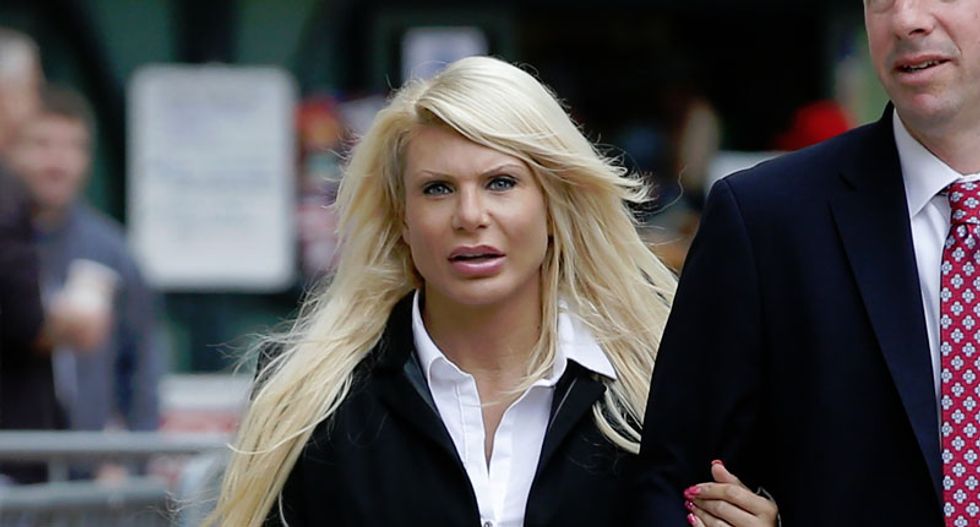 Kristin Davis, a one-time Manhattan madam who claimed to have supplied prostitutes to former New York Governor Eliot Spitzer and campaigned against him last year for city comptroller, was sentenced on Wednesday to two years in prison for selling prescription drugs.

Davis, whose quixotic campaign for public office was dashed by her arrest in 2013, faced up to five years in prison after pleading guilty in March to a federal charge of illegally distributing prescription pills.

Her lawyer, Daniel Hochheiser, argued that Davis, 39, should be given probation to allow her to allow her to continue on her path toward a new career as a cosmetologist, saying she had "finally gotten it together."

But U.S. District Judge Edgardo Ramos, noting her past conviction for promoting prostitution, told Davis she should "know better as you've been down this road before."

"I'm not working with a blank slate," he said.

Davis, who was also ordered to forfeit $1,765, previously admitted as part of her guilty plea to selling muscle relaxants, antidepressants and sleeping pills to a confidential government informant.

"My involvement in this is certainly not something I'm proud of," she told the judge.

She was sentenced to probation in that case, which stemmed from her operation of an escort business she ran involving dozens of women and millions of dollars.

While she claimed to have supplied prostitutes to Spitzer, she was not connected to the prostitution ring at the center of the scandal that led to Spitzer's resignation in 2008. He has denied her allegations.

In 2013, she ran as a Libertarian Party candidate for comptroller, New York City's top financial post, against Spitzer, who was attempting a political comeback.