FBI whistleblower: Florida Gov. Scott 'was the father' of fraud at his former company 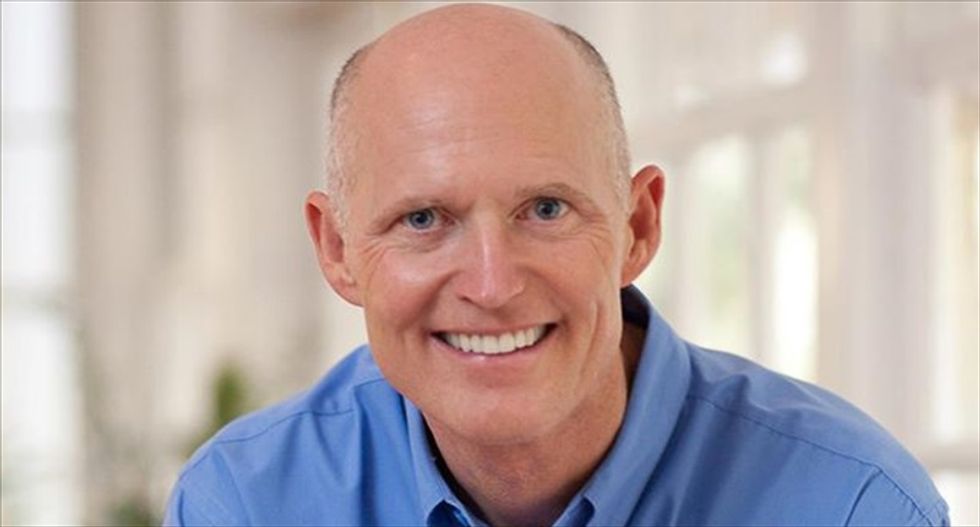 An accountant who became an FBI whistleblower in a Medicare fraud investigation against a hospital chain spoke out on Monday, saying the company's former chief executive, Florida Governor Rick Scott, must have known about hundreds of millions of dollars in theft.

"Fraud was brewing in the DNA of Rick Scott's company from the very beginning, and he was the father of it," John Schilling said at a news conference organized by the rival gubernatorial campaign of Democrat Charlie Crist.

Scott is facing off against Crist in a close election battle, an expensive and closely watched political race for the nation's largest swing state.

Scott, a founder of the hospital company Colombia/HCA, was ousted as its chief executive officer in 1997 but not charged in the case. The fraud led to $1.7 billion in federal penalties, which was then the largest healthcare fraud settlement in U.S. history.

The Florida Republican Party shrugged off the accusation, which Scott successfully dealt with in his 2010 election, saying Crist had become desperate in the final four weeks of the campaign.

"From comparing Rick Scott to Al Capone, to calling him evil, to accusing the governor of killing Floridians, these are desperate statements from a desperate man," the party said in a statement.

Speaking on behalf of Scott, a re-election campaign spokesman said Crist has his own financial skeletons, including past association with imprisoned Ponzi schemer Scott Rothstein and former Republican Party chairman Jim Greer, who served time for defrauding the state party as Crist's hand-picked chairman.

Schilling, a Collier County Republican, said he shared in “whistleblower” rewards of about $100 million for exposing the padded billing, kickbacks to doctors and medical providers and improper expense accounting that led to the penalties against Columbia/HCA.

During his 2010 campaign for governor, Scott repeatedly said he did not know about actions of underlings in the multinational corporation. Crist, a former Republican governor who preceded Scott in office, is now running as a Democrat and has made Scott’s corporate record a centerpiece of his campaign.

Schilling said Scott's company was "keeping two sets of books," one of them marked "do not show to Medicare auditors."

Schilling said he left the company in 1995 and went to the FBI, then returned as an informant, sometimes secretly recording meetings and confidentially reporting activities to federal investigators.