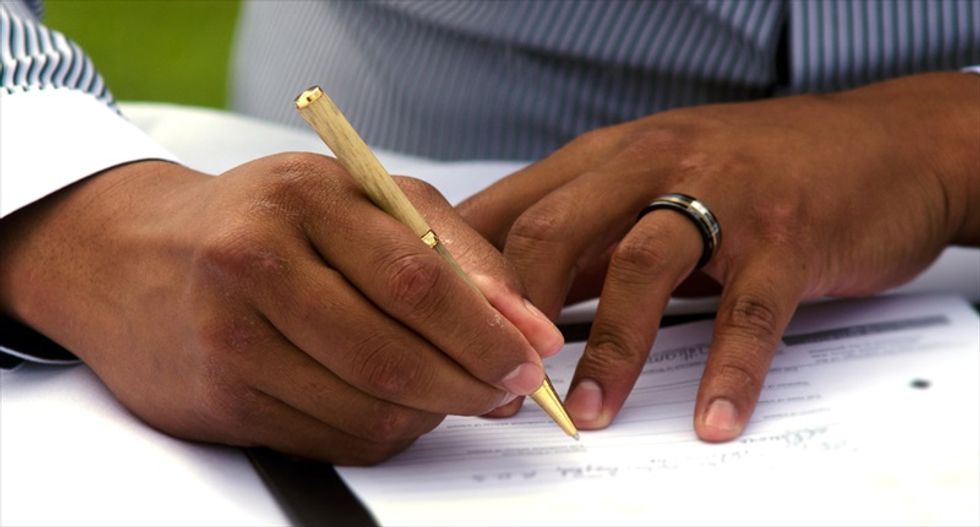 A federal appeals court on Wednesday put gay marriage temporarily on hold in Alaska so the state can appeal to the U.S. Supreme Court over a judge's decision overturning its ban on same-sex matrimony.

The decision by a three-judge panel of the U.S. 9th Circuit Court of Appeals reinstates Alaska's ban on gay marriage until Friday at noon Pacific Time to give the state sufficient time to seek a more lasting ruling from the Supreme Court, according to court papers.

Judge Timothy Burgess of the U.S. District Court for Alaska on Sunday ruled the state's ban on same-sex marriage, which was approved by voters in 1998, was unconstitutional.

The decision followed a flurry of federal court rulings on same-sex marriage.

The 9th U.S. Circuit Court of Appeals on Oct. 7 struck down same-sex marriage bans in Nevada and Idaho.