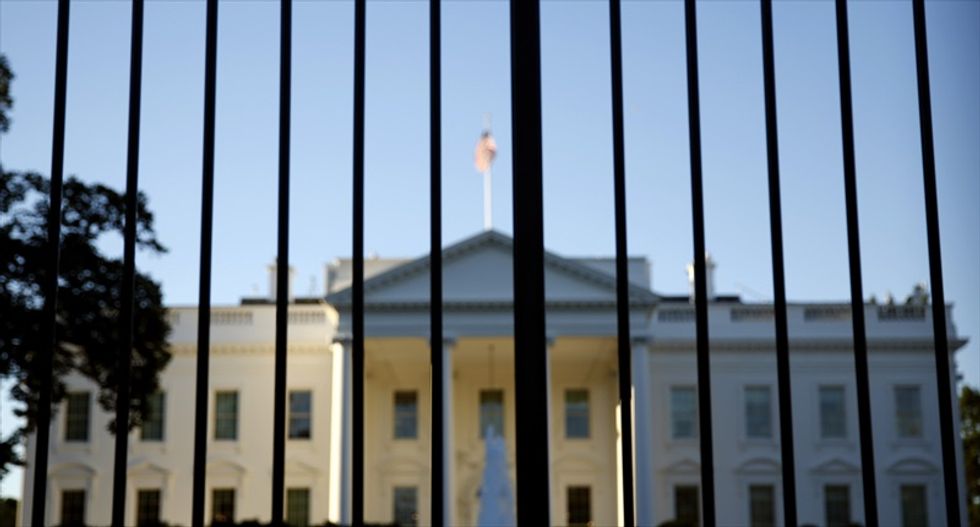 The White House seen from outside the north lawn fence in Washington on Sept. 22, 2014. By Kevin Lamarque for Reuters.

The Iraq war veteran accused in the September 19 breach of the White House pleaded not guilty on Wednesday in federal court.

The court ordered a mental competency review for Omar Gonzalez, who suffers from post-traumatic stress disorder, but defense lawyers opposed the evaluation.

Gonzalez's lawyer, David Bos, said his client was mentally competent and did not need an evaluation. He said he has become increasingly confident in his client's competency.

Gonzalez was captured inside the White House on Sept. 19 with a knife after he jumped the fence at the presidential mansion, burst through the front door and ran about 130 feet (40 meters) into the East Room, used for events and receptions.

He was charged with unlawful entry while carrying a weapon. A federal grand jury indicted him on Tuesday on that federal offense, along with District of Columbia charges of carrying a dangerous weapon outside a home or business and unlawful possession of ammunition.

In July, he was arrested in Virginia for reckless driving, eluding police and possessing a sawed-off shotgun. In August, he was stopped, but not arrested, while walking along the south fence of the White House with a hatchet in his waistband.