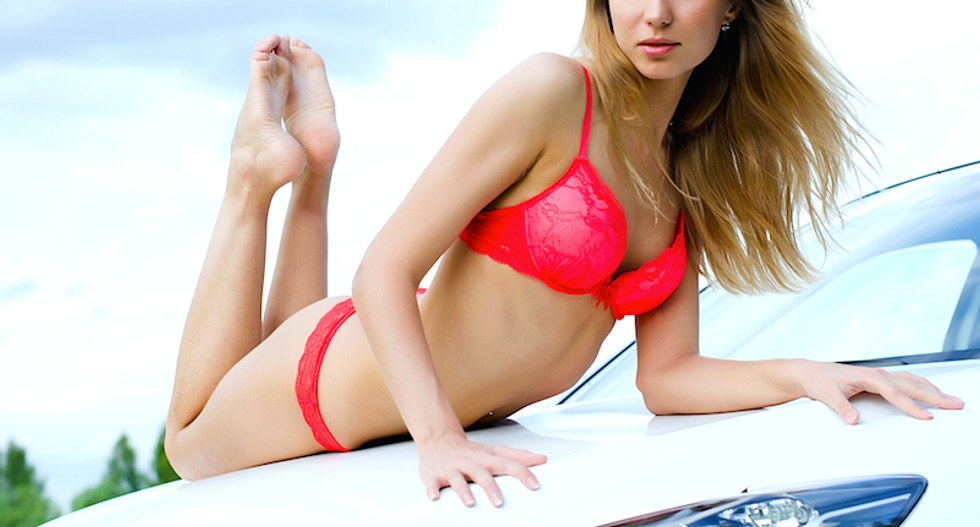 A special agent with the U.S. Drug Enforcement Administration seized a woman’s cell phone and used racy photos he found to set up a phony Facebook – and the U.S. Department of Justice is defending his actions.

DOJ lawyers claimed Timothy Sinnigen had a right to impersonate Sondra Prince online, and without her knowledge, as part of an ongoing drug investigation, reported Buzzfeed.

Prince, who now goes by Sondra Arquiett, found out someone had been using her identity in 2010 after a friend asked her about pictures of her posted on the social network site, which showed her wearing wearing a bikini and underwear or posing on the hood of a BMW with her legs spread.

The woman was surprised to see the photos on Facebook, because she had never even set up a page.

Arquiett had pleaded guilty in 2011 to taking part in a cocaine distribution ring, and a judge sentenced her to probation after noting the single mother had accepted responsibility for her minor role in the operation.

Sinnigen set up a fake Facebook page using Arquiett’s real name while she awaited trial, and the agent posted photos he found on her seized phone and used the account to communicate with at least one wanted fugitive, the website reported.

Facebook’s community standards prohibit accounts set up to impersonate another person, and a spokesman for the social networking site told Buzzfeed that no exceptions are made for law enforcement officers.

However, the profile remained accessible to the public until Buzzfeed’s report was published, although it has since been removed.

Law enforcement officers have long been permitted to use some deception to aid in their investigation, but a privacy expert said the case raised some new legal and ethical concerns.

Ryan Calo, a professor at University of Washington School of Law, said Sinnigen’s actions were different from traditional undercover work because the agent assumed another person’s identity without their consent.

Arquiett, who is now 28 years old, sued Sinnigen in federal court, claiming he violated her privacy and placed her in danger by communicating with drug suspects and wanted fugitives.

The agent also posted photos of Arquiett’s son and niece, who were young children at the time.

The government justified the agent’s actions – claiming Arquiett “implicitly consented by granting access to the information stored in her cell phone and by consenting to the use of that information to aid in an ongoing criminal investigation.”

However, privacy experts told Buzzfeed the government’s argument was problematic, because a person could consent to a search of her home, for example, without agreeing to allow photos found on her coffee table to be posted online.