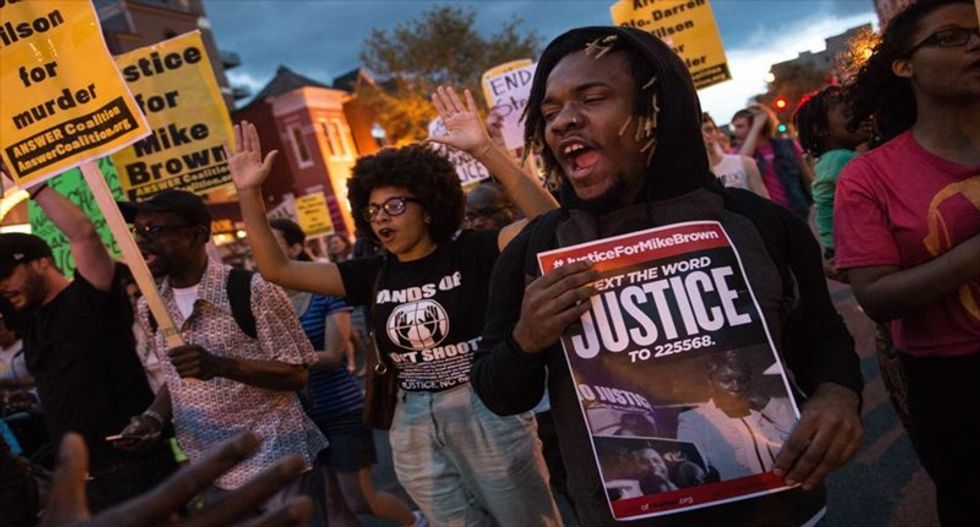 Police in Ferguson, Missouri arrested several people, an official said on Friday, following another night of protests over the police shooting of a black teenager in August.

A Ferguson Police Department official said that several people were arrested outside the police station overnight. She declined to say exactly how many arrests were made or give any other information.

The Washington Post reported that at least six people were detained after a small group of protesters chanted loudly despite a late night noise ordinance.

On Thursday, four people joined a lawsuit alleging illegal assaults and detentions by police officers in the city and seeking roughly $60 million, claiming police used "wanton and excessive force" as they dealt with protesters.

Demonstrations over Brown's killing have included some vandalism and looting, and police have responded, at times, with riot gear, tear gas, rubber bullets and military equipment.

A grand jury is exploring charges against Wilson.