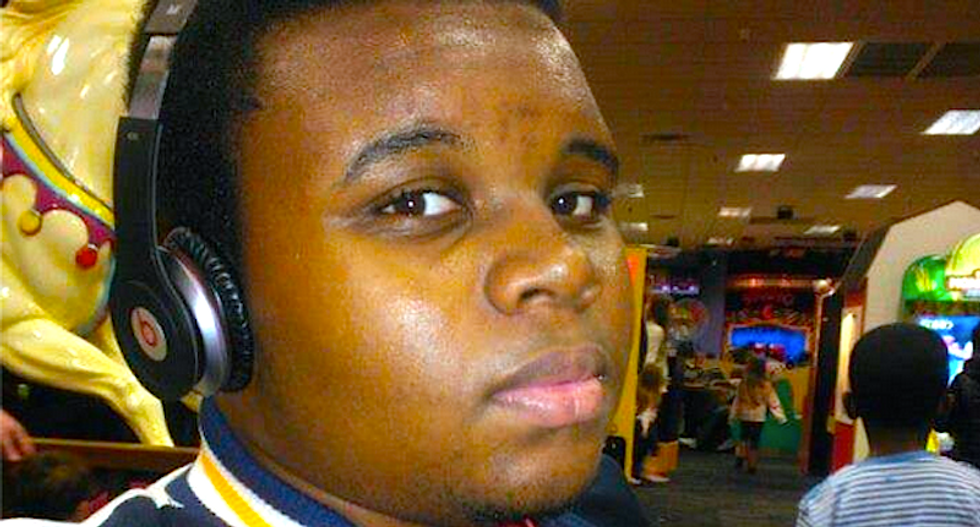 The grand jury weighing charges against Ferguson, Missouri police officer Darren Wilson is being investigated for misconducts after allegations online that one juror has discussed the proceedings with a friend, the Washington Post reported on Wednesday.

St. Louis County prosecutor's office spokesperson Ed Magee told the Post that the office was "looking into the matter" after it was raised by activist and Daily Kos contributor Shaun King on Twitter.

King posted a screenshot of a woman identifying herself as a friend of a jury member and stating, "There isn't enough [evidence] at this point to warrant an arrest." He added that the woman deleted her post on advice from friends.

Wilson has been on paid administrative leave since Aug. 9, when he shot and killed 18-year-old Michael Brown, though he reportedly testified before the grand jury on Sept. 16. Protesters both in Ferguson and around the country have criticized local authorities, including county prosecutor Robert McCulloch, for not arresting or pressing charges against Wilson.

The grand jury has been hearing evidence on the case since Aug. 20. Earlier in the day, McCulloch told St. Louis Public Radio that he was "presenting absolutely every bit of evidence that there is" in the case, even though county and federal investigations were "pretty much done" just last week.

McCulloch had told the Post that the grand jury could continue to meet through mid-November, but confirmation of a leak could force his office to empanel a new group of jurors and restart the process. On Wednesday, he rebuked calls from critics that he step down from the case.

Critics have argued that, because McCulloch's father -- a police officer -- died in the line of duty, that he has been reluctant to pursue charges against police.

"People tend to — the ones who want to espouse that particular theory — ignore the fact that over the years we've prosecuted dozens of officers for a variety of offenses, some committed on-duty, some off-duty," he told St. Louis Public Radio. "But we're not concerned with the occupation of an individual; we're concerned with their conduct."

Reuters reported last month that McCulloch's office has prosecuted 33 officers during his 23 years in office, but "has never pressed charges against an officer accused of killing a suspect."