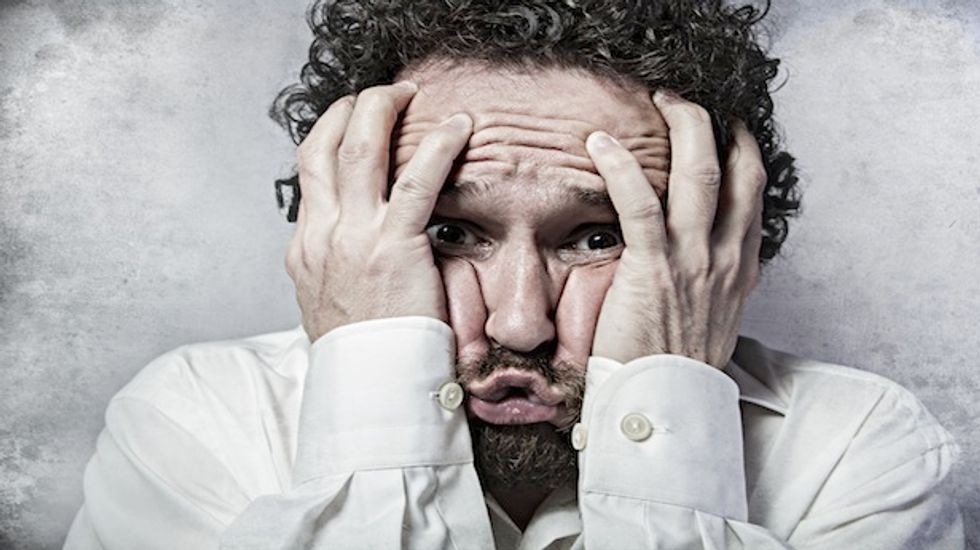 We all like to be right. But when it comes to having hunches or suspicions about the things that are wrong in the world, I'd rather be wrong. I'd love, for instance, to see empirical evidence prove me wrong about my assumptions like there is a lot of homophobia in the world, or people vote against their own interests, or Best in Show is considered superior to Waiting for Guffman.

But, I don't have any of those for you today. Instead, here are some studies which show that the things many of us feared, felt, or thought were true, actually are.

1. Obese people have to deal with a lot of bullshit and obese women have to deal with even more bullshit than obese men. Women who are considered obese earn less, working lower-paying and less visible jobs in the U.S. workforce according to a new study by Jennifer Shinall, an assistant professor of law at Vanderbilt Law School.  Shinall explains that obese women are less likely to have "personal interaction jobs," such as a salesperson, customer service representative or receptionist and are more likely to have physically demanding jobs in home health care food preparation and childcare. "Employers don’t want to hire heavier women to be the face of their company." But even when a heavy woman works in one of these personal interaction jobs, she "will earn almost 5 percent less than a normal-weight woman working in an occupation with exactly the same emphasis.” Shinall finds that the discrimination isn't just about weight but about gender: "morbidly obese men don’t seem to be underrepresented in these personal-interaction jobs, nor do they seem to be over-represented in physical-activity jobs. That’s what’s striking about the data: We see a pattern for women but not for men... This is a sexual discrimination issue.”

2. The whole bullying thing is still happening. Though there has been increased awareness around bullying and anti-bullying legislation, bullying is still prevalent. A report by researchers from Clemson University and Professional Data Analysts Inc., which was published by the Hazelden Foundation, was based on a representative sample of more than 200,000 questionnaires filled out by students. The sample was made up of 1,000 girls and 1,000 boys between third and twelfth grade. 22 percent of schoolchildren reported being bullied two to three times or more per month. Bullied students are more likely to dislike school and feel afraid of being bullied than students who are not bullied. While 93 percent of girls and 81 percent of boys across all grade levels feel sorry for bullied students, most do nothing to help them.

The Report recommends, "A good evidence-based anti-bullying program [that] will have the power to restructure and strengthen the school environment by teaching everyone how to identify acts of bullying, how to react to bullying, and how to work together to reduce opportunities and rewards for bullying behavior."

3. Getting Cancer is terrible and on top of that it's expensive. A new University of Michigan Comprehensive Cancer Center study found that nearly two-thirds of patients who were treated for colorectal cancer reported financial burdens and had used savings, borrowed money, skipped bill payments or cut back on items such as food, clothing or recreational activities because of their cancer treatment. The largest burden was found in younger patients who worked in lower-paying jobs and in patients who underwent chemotherapy, which increases survival by up to 20% and is recommended post-surgery.  So, if you want to save your life, you're gonna have to hurt financially. Because... America.

The researchers suggested the adoption of things like mandatory paid sick leave or disability benefits, support for copays, parking and transportation.

4. Having emotionally abusive parents really gives you relationship issues. A study by researchers at the University of Virginia, which appears in the journal, Child Development, found that teens whose parents were emotionally manipulative and controlling had more problems forming healthy friendships and romantic relationships as teenagers and early adults.  The researchers looked at things like parents' use of guilt guilt, withdrawing love, fostering anxiety, or other psychologically manipulative tactics.  Barbara A. Oudekerk, a statistician with the U.S. Department of Justice, Office of Justice Programs, Bureau of Justice Statistics, led the study.  A research associate at the University of Virginia explains, "These tactics might pressure teens to make decisions in line with their parents' needs and motivations rather than their own... Without opportunities to practice self-directed, independent decision making, teens might give in to their friends' and partners' decisions." People who experienced these parenting tactics as teenagers, had more problems establishing autonomy and closeness in friendships at ages 13, 18 and 21 and in romantic relationship at ages 18 and 21.

5. We are mere mortals. Apparently, a  few months ago Chinese researchers published a report in the journal Nature claiming that they had discovered why organisms age. Sadly, an international team of scientists, headed by the University of Bonn, have "refuted the basic basic assumption of the Nature article. The reasons for aging thus remain elusive." Oh well.