Florida stripper attacks boyfriend with an ax: 'She drinks and drinks at work' 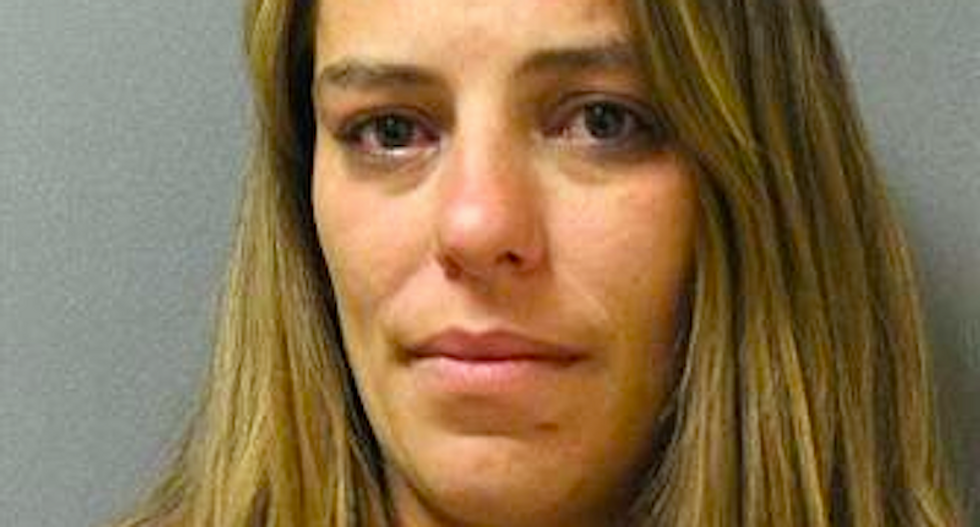 A 34-year-old strip club dancer in Daytona, Florida reportedly attacked her boyfriend with an ax in a drunken rage on Monday.

According to the Daytona Beach News-Journal, Tammy Hiser was charged with aggravated assault with a deadly weapon and battery causing bodily harm after police arrested her at the Days Inn on International Speedway Boulevard.

Hiser's boyfriend of two years, Andrew Whitaker, 28, told police that he had picked up Hiser from work at Biggins late Sunday night, but that she was intoxicated.

“She is an entertainer, a dancer,” Whitaker told the News-Journal on Tuesday. “And that is where the problem is because she drinks and drinks at work.”

Whitaker said that he refused to engage Hiser in conversation on the drive to their room at the Days Inn. The couple only recently moved to the Daytona area and had been staying with Whitaker's mother. However, Hiser's drinking -- and her combative behavior when under the influence -- had gotten them kicked out of the house.

Hiser became increasingly agitated during the drive, striking Whitaker in the face several times. At the hotel, he exited the car and went to the couple's room.

Moments later, Hiser burst into the room wielding an ax. She told Whitaker that she would kill him if he called police.

She then reportedly advanced on Whitaker, swinging the ax. He said he was able to wrestle the weapon away from Hiser and ran outside to call police. It was then that he noticed that Hiser had used the ax to smash in the windshield of his car.

Hiser was previously arrested on Sep. 18 for attacking Whitaker while under the influence. He had reportedly told her that he would leave her if she didn't stop drinking. She was scheduled for a hearing on that charge on Oct. 15.

The dancer is currently being held at Volusia County Branch Jail on $3,000 bail.