For most Americans, spanking is OK if it doesn't leave a physical mark 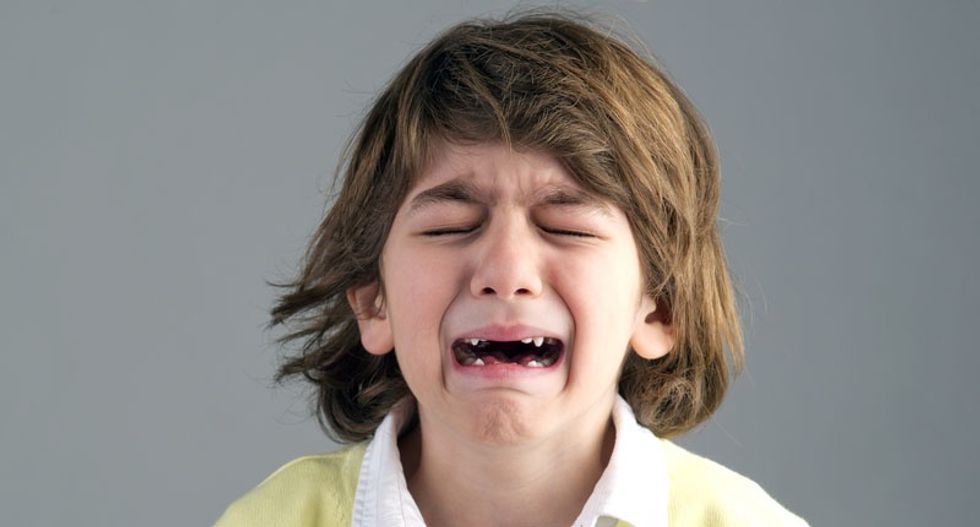 Nearly seven in 10 Americans believe spanking a child is acceptable at home and a majority say corporal punishment is tolerable provided it does not involve implements such as the one a National Football League star used on his son, a Reuters/Ipsos poll found.

The findings help explain where Americans stand on corporal punishment after the indictment on child abuse charges of Adrian Peterson, a top NFL running back, in a case that sparked a contentious public debate over what is acceptable.

The 29-year-old Minnesota Viking allegedly left bruises and wounds on his 4-year-old son while disciplining him with the whippy end of a tree branch, called a switch, an act that Peterson has publicly admitted to.

The online survey of 3,637 adults found that about 68 percent approved of spanking at home, and that figure varied little between race and income groups.

But there were regional differences. About eight in 10 respondents from the Southwest, which included Peterson's home state of Texas, said corporal punishment should be allowed at home, while just over half of New England respondents held that view.

A majority of respondents, about 60 percent, said corporal punishment was acceptable if it doesn't leave a physical mark, about the same number who said it should be allowed if it doesn't involve an implement such as a belt, cane or paddle.

"I don't care what age the child is or what they did, you don't use anything but your hand. I'm sorry, but that just goes above and beyond as far as I am concerned," said respondent Esther Negrin, 78, of Las Vegas, Nevada.

Negrin said a "swat on the behind" was a very rare occurrence while she was raising her three children.

The survey supports the belief that corporal punishment is employed less these days in the United States than decades ago.

After his Sept. 12 indictment, Peterson, a 2012 NFL most valuable player, said he disciplined his son the way he was as a child and caused an injury he never intended or thought would happen.

Poll respondent Joyce Ray, 72, said she used the technique of "time out" a lot while raising 10 children.

"I don't believe in people beating on their children or starving them or things like that as punishment," said Ray, a retired seamstress from Junction City, Oregon.

"But I do believe that a swat across the fanny is not going to hurt them any and maybe will teach them a lesson," she added.

The Peterson case is one of five recent domestic violence incidents involving NFL players that have raised questions about the league's handling of disciplinary cases. It is the only one involving a child.

About 12 percent of respondents strongly disagreed with corporal punishment being allowed at home.

Poll respondent Donald Barton, like the American Academy of Pediatrics, said he strongly opposes corporal punishment including spanking for children in part because it sends the message that physical force is acceptable.

"Timeouts are good because they make the kids concentrate on what they did, rather than pain," said Barton, 61, who lives in Detroit, Michigan.

The pediatrics academy has said physical discipline of children has been linked to a range of mental health problems and can make children more aggressive.

The poll was conducted from Sept. 19 through Sept. 30 as the NFL struggled with questions over initial light punishment for Peterson and former Baltimore Ravens running back Ray Rice.

Peterson was reactivated to play after he sat out one game following the indictment, but on Sept. 17 the Vikings reversed course and suspended him indefinitely as criticism mounted from fans and sponsors. He is scheduled to appear in court on Oct. 8.

The precision of the Reuters/Ipsos online polls is measured using a credibility interval. In this survey, the credibility interval was 1.8 percentage points for the 3,637 adults surveyed online on whether corporal punishment is OK if it is spanking only.