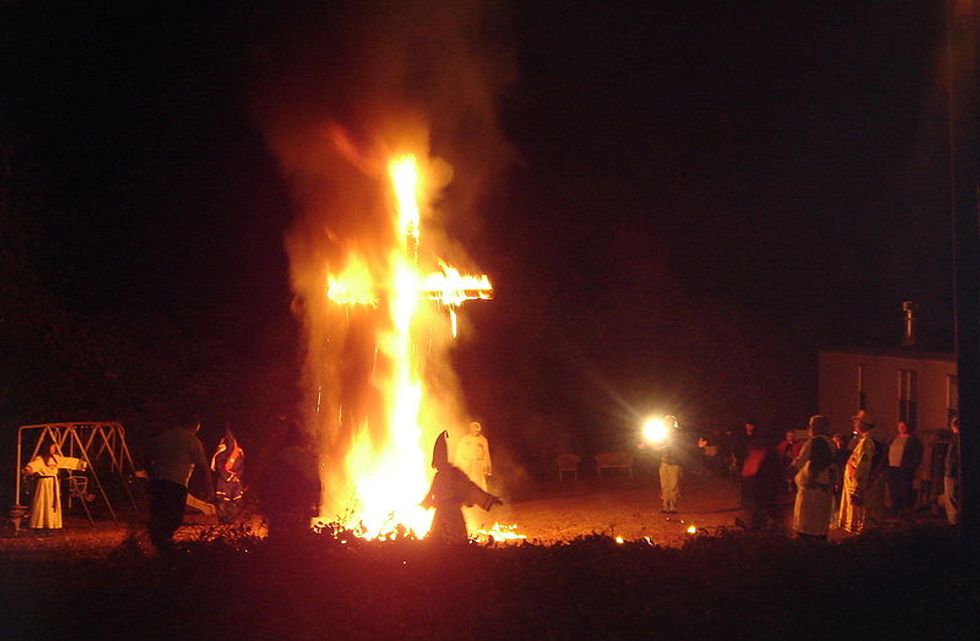 A former member of the Ku Klux Klan affiliate the Church of the National Knights faces up to 20 years in prison after pleading guilty of charges related to burning a cross in the yard of a black man in 2012, according to the Federal Bureau of Investigation.

Timothy Flanagan pleaded guilty in federal court in Nashville, Tennessee to charges of conspiring to threaten, intimidate, and interfere with the housing rights of an African-American man in Minor Hill, Tennessee on April 30, 2012. According to the FBI, one of Flanagan's co-conspirators, Timothy Stafford, constructed a large wooden cross in his home workshop, while another, Ivan London, used Flanagan's credit card to buy the fuel used to ignite the cross.

The three wanted the black homeowner to know that they did not approve of his interracial household, so they drove up to his house, placed the cross on the driveway, and then ignited it.

Acting Assistant Attorney General Molly Moran for the Civil Rights Division said that "hate-motivated crimes will not be tolerated in our country. The Justice Department will vigorously prosecute individuals who violate the rights of others because of race."

"There can be no tolerance for such acts of intimidation when innocent persons are targeted simply because of their race," U.S. Attorney David Rivera for the Middle District of Tennessee noted in agreement. "The U.S. Attorney’s Office and our law enforcement partners will work tirelessly to protect the civil rights of all persons and bring to justice, anyone who would attempt to impede the constitutionally protected right to liberty of any person."