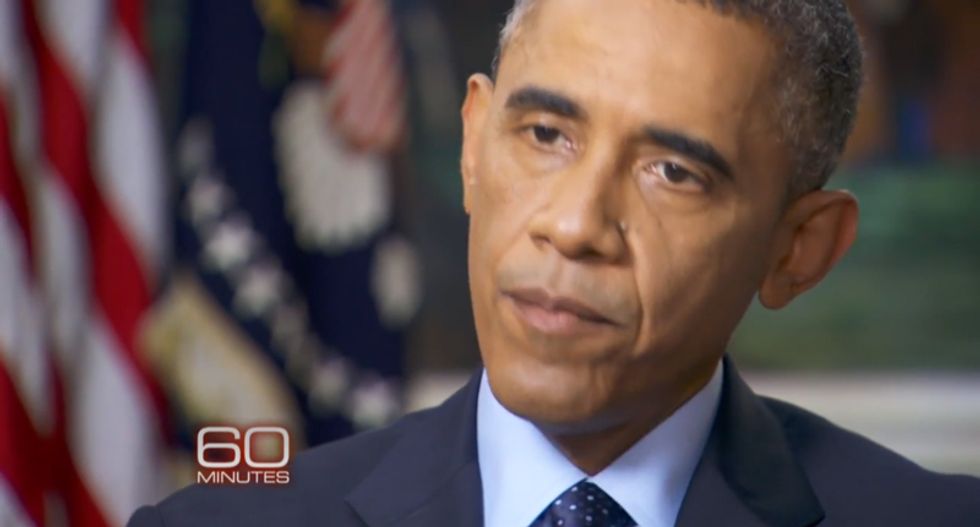 Former Pentagon chief Leon Panetta has denounced the White House in a new memoir, accusing President Barack Obama's top aides of undercutting efforts to secure a deal in 2011 that could have kept US troops in Iraq.

Retaining a small US force would have helped contain sectarian violence and prevented the conditions that helped open the door to the onslaught of the Islamic State group, which has seized a large area of Iraq in recent months, Panetta argues in a soon-to-be released book, "Worthy Fights."

In the fall of 2011, "it was clear to me -- and many others -- that withdrawing all our forces would endanger the fragile stability then barely holding Iraq together," Panetta wrote in an adapted excerpt published in Time magazine Thursday.

"Privately, the various leadership factions in Iraq all confided that they wanted some US forces to remain as a bulwark against sectarian violence," he wrote.

While Defense and State Department officials tried to broker an agreement with the Baghdad leadership, the White House took a back seat and showed little determination to make the deal happen, Panetta said.

The US government had "leverage" but chose not to use it, he wrote.

"We could, for instance, have threatened to withdraw reconstruction aid to Iraq" if the then prime minister, Nuri al-Maliki, failed to support a continued US presence, he said.

The undersecretary of defense for policy, Michele Flournoy, the number three-ranking civilian at the Pentagon, pressed the argument with the full backing of the top brass, including the chiefs of all the armed forces, he said.

"But the President’s team at the White House pushed back, and the differences occasionally became heated.

"Flournoy argued our case, and those on our side viewed the White House as so eager to rid itself of Iraq that it was willing to withdraw rather than lock in arrangements that would preserve our influence and interests," he wrote.

Panetta, who served as defense secretary from 2011 to 2013, said the White House let a potential agreement "slip away" and the episode has bothered him ever since.

"To my frustration, the White House coordinated the negotiations but never really led them.

"Officials there seemed content to endorse an agreement if State and Defense could reach one, but without the President’s active advocacy, al-Maliki was allowed to slip away," he wrote.

Talks continued into December 2011, but hopes of a last-minute deal never materialized.

"To this day, I believe that a small US troop presence in Iraq could have effectively advised the Iraqi military on how to deal with al-Qaeda’s resurgence and the sectarian violence that has engulfed the country."

A former US ambassador to Iraq, Ryan Crocker, offered a similar view in a recent interview with the Defense One news site, saying: "We could have gotten that agreement if we had been a little more persistent, flexible, and creative."

After the IS group's rapid advance, Obama has deployed 1,600 troops to Iraq to secure the US embassy, advise Iraqi forces and coordinate US-led air strikes.

Before taking over at the Pentagon, Panetta served as CIA director from 2009 to 2011, presiding over the successful raid that resulted in the killing of Osama bin Laden.