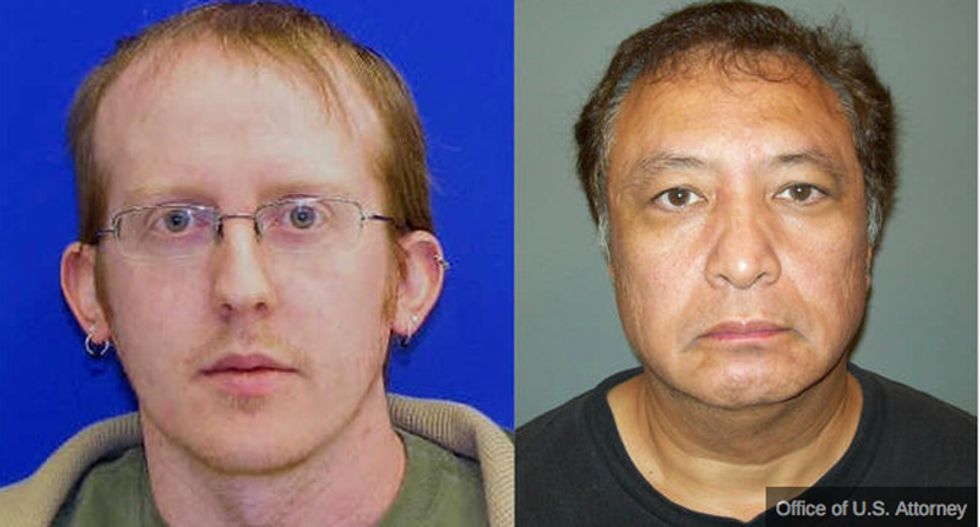 Two men -- one in California, the other in  Maryland-- are facing multiple federal charges of sexually assaulting and exchanging graphic photos of a six-week-old premature infant brought home by one of the men as the child's foster parent.

According to Courthouse News Service, Stephen H. Schaffner, 34, of Greensboro, Md, conspired with Michael Lutts, 50, of San Diego "to abuse a six-week-old foster child and transmit recorded images and videos of the abuse to Schaffner."

Lutts, a pediatric nurse at a San Diego County Kaiser Permanente hospital and the foster parent of the child, allegedly exchanged  graphic and sexually explicit messages with Schaffner, a former clinical professional counselor in Greensboro, within hours after bring the child home.

FBI agents, who arrested Lutts as part of a child pornography ring, stated the newborn can be heard crying through many of the videos.

According to NBC & San Diego, Lutts is already under indictment by a San Diego grand jury for sexually assaulting an 11-month-old girl.

Schaffner, who appeared in Baltimore Federal Court Wednesday, is currently being held and  faces up to 285 years in prison if convicted of all 10 counts filed against him.

Full charges have yet to be filed against Lutts, who remains in custody at the San Diego Metropolitan Correctional Center.

Watch the video below from NBC 7 San Diego: