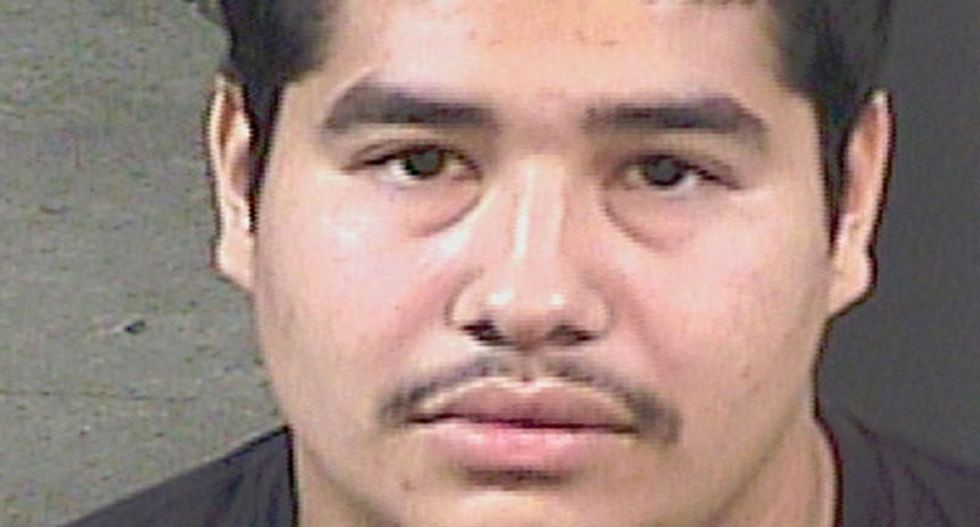 Sheriff's deputies have arrested four teenage boys suspected of slaughtering more than 900 chickens that were beaten to death by intruders at a poultry farm in central California, authorities said.

The birds were killed, some of them apparently with a golf club, during a break-in last month at the Foster Farms facility in Caruthers, the Fresno County Sheriff's Office said.

The Sheriff's Office said late on Wednesday that detectives acting on a tip from the public arrested 18-year-old Gabriel Quintero of Riverdale and three male juveniles, a 15-year-old and two 17-year-olds, earlier in the day.

It said evidence was found during the arrests that tied the suspects to the crime, but the office did not elaborate. It also said further evidence linking the four to the scene was discovered during a follow-up investigation at the farm on Wednesday.

Quintero was booked into the county jail on charges of burglary and felony cruelty to animals, the Sheriff's Office said, while the three younger teenagers were booked into the Fresno Juvenile Justice Center on the same charges.

Livingston, California-based Foster Farms had called the killings "an unconscionable act" and offered a $5,000 reward for information leading to the prosecution of those responsible.

The company commended the Sheriff's Office and the public on Thursday for their swift action leading to the arrests.

Ira Brill, Foster Farms' director of communications, said in a statement the company will work with law enforcement to distribute the reward.

(Reporting by Daniel Wallis in Denver; Editing by Eric Beech)