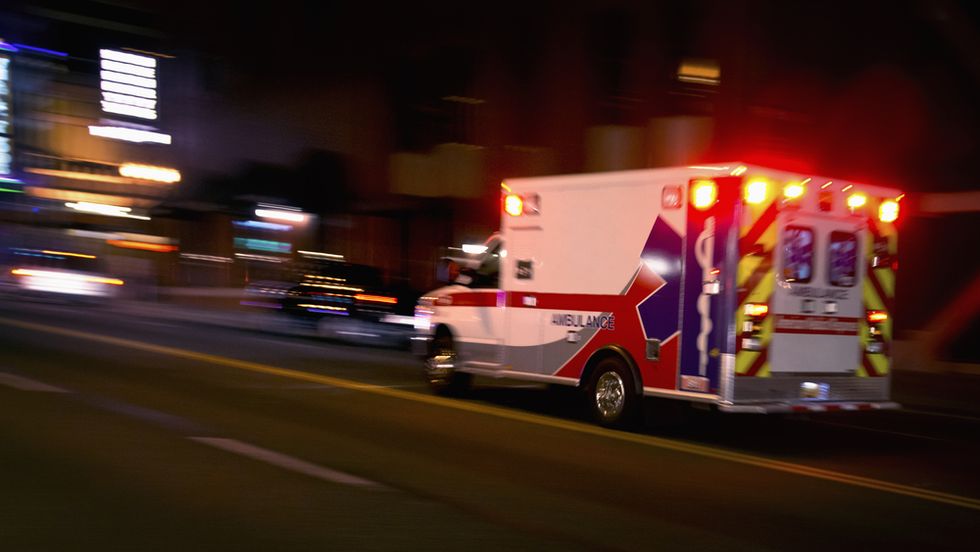 More than 80 people had direct or indirect contact with the first person to be diagnosed with the deadly Ebola virus in the United States, health officials said Thursday, as four members of the patient's family were quarantined as a precaution.

Dallas County officials said 12 to 18 people had direct contact with the Texas patient, and they in turn had contact with scores of others. All were being monitored and none had shown any symptoms.

A top health official urged U.S. hospitals to heed lessons from Dallas, where a hospital initially sent the ailing patient home, despite information that he had recently visited West Africa, potentially exposing more people to the virus.

Texas health officials told four "close" relatives of the patient not to entertain visitors and said they could be arrested if they leave their homes without permission through Oct. 19. The four did not exhibit symptoms, they said.

"We have tried and true protocols to protect the public and stop the spread of this disease," said Dr. David Lakey, the Texas health commissioner. "This order gives us the ability to monitor the situation in the most meticulous way."

"The order is in place until the incubation period has passed and the family is no longer at risk of having the disease," Lakey said.

Public health authorities have been calling on U.S. healthcare workers to screen patients for signs of illness, and to question patients about their travel history in order to rule out Ebola for those who have been to West Africa, where more than 3,000 people have died in this year's epidemic.

"Unfortunately, that did not happen in this case," said Dr. Anthony Fauci, head of the National Institute of Allergy and Infectious Diseases. "We just need to put that behind us and look ahead and make sure that in the future that doesn't happen again."

"This will certainly serve for the rest of a country as a cogent lesson learned," he added in an interview on MSNBC.

The Dallas patient, who had flown from Liberia, initially sought treatment at Texas Health Presbyterian Hospital late last Thursday but was sent home with antibiotics, despite telling a nurse he had recently arrived from West Africa. By Sunday, he needed an ambulance to return to the same hospital.

On Wednesday, hospital officials admitted that the man's travel information had not been shared with other staff who were treating him.

The patient has not been named by the hospital for privacy reasons. However, Gee Melish, who said he was a family friend, identified the man as Thomas Eric Duncan.

Duncan's nephew, Josephus Weeks, told NBC on Wednesday night that his uncle was not treated for Ebola until Weeks personally called the federal Centers for Disease Control in Atlanta to report the suspected illness. He said he made the call on the day that Duncan had returned to the Dallas hospital.

A CDC spokesman said Thursday the agency was seeking to confirm if and when such a call was placed.

The New York Times said Duncan, in his mid-40s, helped transport a pregnant woman suffering from Ebola to a hospital in Liberia, where she was turned away for lack of space. Duncan then brought her back to her family's home and carried her into the house, where she later died, the newspaper reported.

The case has sparked concern nationwide over the potential for a wider spread of the virus from West Africa, where at least 3,338 people have died in the worst outbreak on record.

While past outbreaks of Ebola killed as many as 90 percent of victims, the current epidemic's fatality rate has averaged about 50 percent in West Africa.

U.S. health officials have said the country's healthcare system was well prepared to contain the disease's spread by careful tracking of those who have had contact with the patient and appropriate care for those admitted to hospital.

Federal officials are working to sharply increase production of the experimental drug ZMapp, which many experts believe is the most promising treatment for Ebola, the Times reported on Thursday.

The U.S. Department of Health and Human Services is trying to enlist Caliber Biotherapeutics in Texas to produce the drug, the newspaper reported, citing unidentified federal officials and drug industry executives.

The Ebola scare spooked U.S. markets on Wednesday. Airline and hotel shares slumped on fears that the virus's spread outside Africa might curtail travel.

Separately, the Queens Medical Center in Honolulu, Hawaii, said Wednesday it was treating a patient in isolation, citing a "heightened sense of awareness of Ebola."

"At this time, the patient's history and clinical presentation do not appear to be consistent with Ebola and the patient may be diagnosed with a number of conditions other than Ebola," the statement said.

President Joe Biden, who on Wednesday announced the withdrawal of all US troops from Afghanistan, transformed into a vocal opponent of "forever wars" after being haunted by his vote to authorize the invasion of Iraq.

In 2002, as chairman of the Senate Foreign Relations Committee, Biden gave his blessing to the use of force the following year by then president George W. Bush who falsely asserted that dictator Saddam Hussein had weapons of mass destruction.