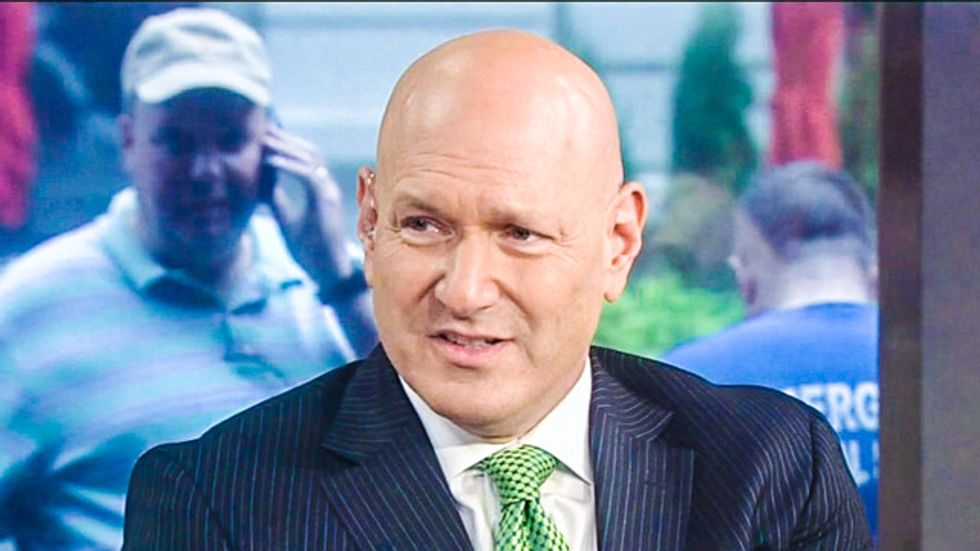 Dr. Keith Ablow, the resident psychiatrist at Fox News and a member of the network's Medical A-Team, declared this week that President Barack Obama was allowing Ebola into the United States because his "affiliations" and "affinities" were more with Africa.

On Tuesday's edition of The John Gibson Show on Fox News radio, Ablow looked "deep inside the president's psyche" to determine that Obama did not want to seal the borders or build a wall because he sees Americans as a "scourge on the face of the Earth."

Gibson wondered "what would be the harm" in stopping air traffic from the three African countries that were most effected by Ebola.

Ablow said that he knew why Obama wouldn't do it: "His affinity, his affiliations are with them! Not us! That's what people seem unwilling to accept. He's their leader. We don't have a president."

"We don't have a president?" Gibson asked.

"We don't have a president who has the American people as his primary interest, who believes the country has Manifest Destiny and has been a force for good," Ablow insisted.

The Fox News doctor went on to speculate that Obama had only been elected because Americans were victims of Stockholm Syndrome, and decided to elect somebody "who has names very similar to two of our archenemies, Osama, well, Obama. And Hussein."

"And what it does is it removes the United States from its rightful place at the leading edge of a march for freedom in the world and encourages those who hate freedom like ISIL to go on their own march, which they have," Ablow asserted.

Listen to the audio below from The John Gibson Show via Media Matters.