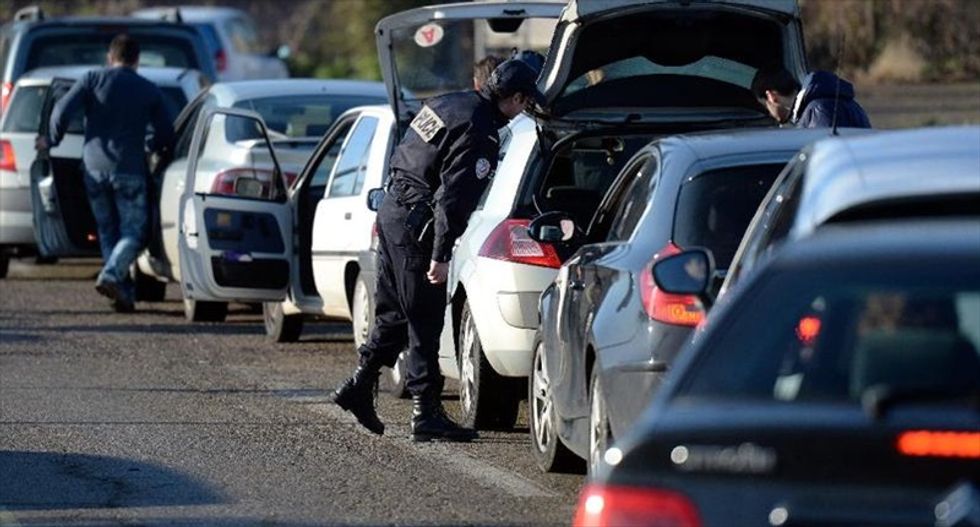 French police check cars on Dec. 30, 2013 in the eastern city of Strasbourg. By Patrick Hertzog for Agence France-Presse.

A group of men accused by police of "training for jihad" in broad daylight in a French park were merely taking a self-defense class, one of them told AFP on Wednesday.

The seven men, some with beards, raised alarm in the eastern city of Strasbourg when they were seen acting out scenes of combat with fake weapons on Tuesday.

Police were called to the scene where they checked the men's identity documents and held one of them for questioning.

A police source said Tuesday that the men had said they were "training to fight in the name of jihad".

According to a 35-year-old member of the group -- a Muslim speaking on condition of anonymity -- the man held was their self-defense teacher.

The man admitted his teacher had yelled "infidel" to police during a heated exchange, but denied that any of them had admitted they were training to join jihad in Syria.

"It was our first course, we hardly knew each other. We were doing some stretches, ran a few laps, practised body placement, punch-kick combinations," he said.

It was "simply a self-defence course with a trainer".

The men, aged between 30 and 45, then teamed up for a scenario in which they feigned an attack with fake guns and knives.

"This was not with the aim of going to Syria, we are far from all of that," he said.

The trainer was released on Wednesday after a case was opened against him for insulting a police officer.

French authorities are on high alert about nationals travelling to fight alongside extremists in Syria and Iraq.